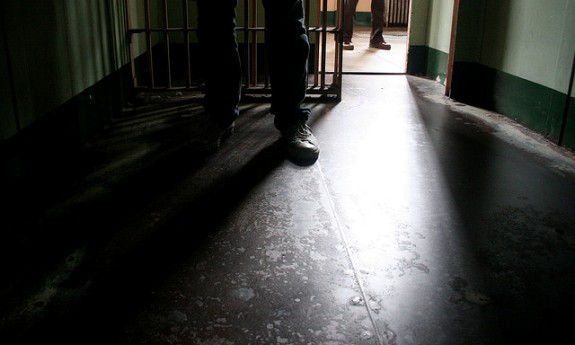 In the absence of a federal immigration overhaul, state lawmakers have attempted—many in vain—to address immigration at the state-level. Equally misguided, however, are recent efforts by immigration restrictionist to move anti-immigrant legislation on the federal level. Today, the House Judiciary Committee marked up and passed through committee a bill (and will take up another tomorrow morning) which promises a safer America yet will likely deliver a more costly and dangerous one.

Today, the Judiciary Committee approved the “Keep Our Communities Safe Act of 2011” (H.R. 1932), which proposes indefinite—that is, potentially life-long— detention of immigrants who pose no threat to public safety. These persons include lawful permanent residents who have already served their sentence and have been productive members of society for many years, refugees, and persons seeking asylum in the U.S. Introduced by Judiciary Chairman Lamar Smith (R-TX), this bill would likely force the government to spend resources on immigrants who are not a danger to the public and take resources away from detaining those who are.

Furthermore, H.R. 1932 would also cost taxpayers hundreds of millions of dollars to enforce and is completely out of line with the stated priorities of Immigration and Customs Enforcement (ICE) to focus their limited resources on the detention of serious criminals.

Set to be marked up on Friday is the “Security and Fairness Enhancement for America Act of 2011” (SAFE Act). Introduced by Rep. Bob Goodlatte’s (R-VA), the SAFE Act (H.R. 704) would eliminate the diversity visa—a lottery that offers 50,000 visas per year to immigrants from countries that send few people to the U.S.

Introduced by members of Congress who are using fear to push an anti-immigrant agenda, these bills are part of a costly and restrictive set of immigration policies masquerading as solutions. Once upon a time, Judiciary Chairman Lamar Smith believed in refraining from the unfair detention and deportation of immigrants who had jobs, families, and U.S. citizen family members.

These bills, however, as well as Smith’s newly introduced “HALT” Act, are a clear departure from that philosophy and a departure from productive and meaningful immigration reform.