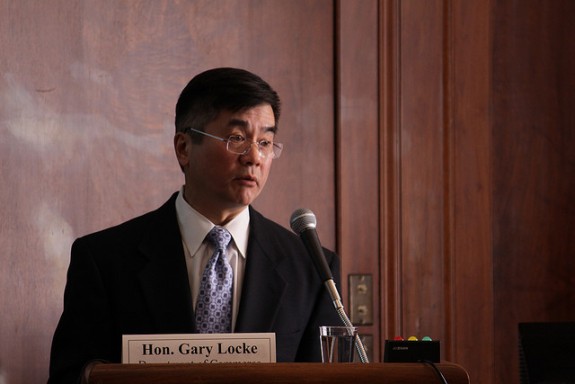 As the American economy continues to level out post-recession, some experts are looking at immigration reform as a way to help start new businesses and aid job creation. A recent letter from U.S. Commerce Secretary Gary Locke and former Commerce Secretary Carlos Gutierrez outlined the economic benefits of reforming our immigration system and, consequently, the possible further detriment to our economy if Congress fails to act.

In their letter, the Commerce Secretaries echoed what economists have been pointing out for years—immigrants already contribute to our economy in significant ways:

According to the National Venture Capital Association, immigrants have started 25 percent of U.S. public companies that were venture-backed – including Google, eBay, Yahoo!, Sun Microsystems and Intel. Further, immigrant-founded, venture-backed public companies employ 220,000 people in the United States. Meanwhile, immigrant inventors or co-inventors have contributed to more than a quarter of U.S. global patent applications.

Despite this evidence, the U.S. wastes much of the foreign talent that comes to the U.S. Each year, around 400,000 students come to study in the United States from foreign nations. The U.S., however, fails to provide opportunities for these students to permanently immigrate to the U.S. In his immigration blueprint, President Obama acknowledged this problem and recommended that we encourage:

…foreign students to stay in the U.S. and contribute to our economy by stapling a green card to the diplomas of science, technology, engineering and mathematics (STEM), PhDs and select STEM Masters Degrees students so that they will stay, contribute to the American economy, and become Americans over time.

If the U.S. fails to reform immigration in a way that allows America to retain the best and brightest students and innovators, it risks falling behind in the global race to remain economically competitive. Already, Australia, Canada, New Zealand, and the U.K. have instituted programs designed to attract immigrant entrepreneurs.

Some in Congress, however, are trying to implement immigration policies that stimulate the economy and create jobs. Senators John Kerry (D-MA) and Richard Lugar (R-IN) recently introduced the Startup Visa Act of 2011, which would provide a two year visa for immigrant entrepreneurs who either find a qualified U.S. investor to back their business. The visa would allow the immigrant to become a lawful permanent resident after two years if they create full time jobs for U.S. citizens.

In light of the current U.S. economic struggles, Congress could look to immigration reform for policies that would help stimulate the economy and create U.S. jobs. If Congress continues to stagnate on this issue as they have many others, it would be a wasted opportunity.

Photo by The National Academy of Sciences