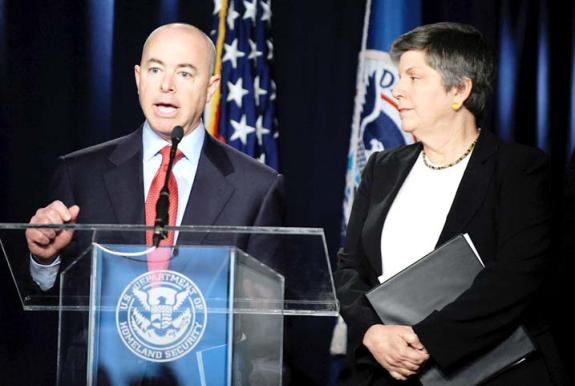 By PAUL ZULKIE, PRESIDENT OF THE AMERICAN IMMIGRATION COUNCIL

Yesterday, Department of Homeland Security (DHS) Secretary Janet Napolitano and U.S. Citizenship and Immigration Services (USCIS) Director Alejandro Mayorkas announced a series of policy initiatives designed to “fuel the nation’s economy and stimulate investment” by attracting foreign entrepreneurs who can invest in fields of high unemployment, create jobs, and form startup companies. It is encouraging that USCIS recognizes that immigrant entrepreneurs and innovators are a key to continued growth and to maintaining America’s competitive edge into the 21st century.  It’s important that the agency keep this recognition in mind as it adjudicates visa petitions and applications.

The release of the USCIS guidelines coincided with a meeting in Palo Alto, CA, of the President’s Council on Jobs and Competitiveness. The meeting, which included a number of Silicon Valley CEOs—including Facebook—highlighted the need for reforms in both educational and immigration policies. As the participants in the meeting explained, the struggling U.S. economy needs more entrepreneurs and highly skilled workers who can help to create jobs. For this to happen, the U.S. educational system must draw more students into high-tech fields, while the U.S. immigration system must attract (and retain) more foreign talent.

The importance of immigrant entrepreneurs in fueling U.S. economic growth and job creation was the subject of a June report by the Partnership for a New American Economy. The report, entitled The “New American” Fortune 500, finds that immigrants founded 18 percent of all Fortune 500 companies. These companies generate $1.7 trillion in annual revenue and employ 3.7 million workers worldwide. The report argues that this is evidence of how immigrants “create American jobs and drive our economy.” However, notes the report, the U.S. immigration system often forces immigrant entrepreneurs away, rather than welcoming them.

And if the United States drives them away, there are other places they can go.  As an April report from the Kauffman Foundation describes, many highly educated and skilled immigrants are opting to return to their home countries and start successful businesses there. The authors of the report, entitled The Grass is Indeed Greener in India and China for Returnee Entrepreneurs, interviewed nearly 300 returnees in India and China who had started their own businesses. Some interviewees cited the difficulty in getting a U.S. “green card” as a reason for returning home, but the biggest reasons had to do with family ties and with improved quality of life and career opportunities in India and China. In other words, China and India are becoming increasingly competitive in the global market for highly skilled professionals and the United States risks falling behind. According to the report’s lead author, Vivek Wadhwa of Duke University, “Innovation that would otherwise be happening here is going abroad. Without realizing it, we are exporting our prosperity and strengthening our competitors.”

Yesterday’s announcement is significant because DHS is acknowledging that the way it has applied existing immigration laws has hurt rather than helped the economy and job creation.  The announcement sends a clear message to the rank and file employees of DHS that the agency needs to be more business friendly. Hopefully, yesterday’s announcement will be the first of many areas where the administration can change the way it interprets and applies existing immigration laws to facilitate economic and jobs growth in the US.