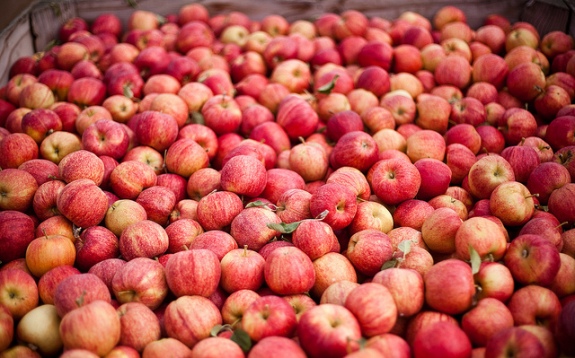 Much like farmers in Georgia who are experiencing labor shortages due to HB 87—the state’s new immigration law which mandates use of E-Verify—growers in Washington state fear that a similar, national E-Verify bill will have a devastating economic impact on the state’s agricultural workforce. This week, the Washington Growers League said that a national E-Verify law would prohibit many of the state’s current farm workers from harvesting crops, which would in turn devastate the industry, slashing production and forcing consumers to buy produce out of state. Rep. Lamar Smith (R-TX) introduced the mandatory E-Verify bill (the Legal Workforce Act or H.R. 2164) back in June.

According to Mike Gempler, executive director the Washington Growers League, only a quarter (2,300 out of 100,000) of the state’s farmhands “have proper paperwork to remain employed under E-Verify,” leaving open thousands of jobs not likely to be filled by unemployed Americans:

“If we were to have the E-Verify bill go into effect without anything else changing, it would be very, very destructive to our industry,” Gempler says. “The domestic workforce is just not interested in these jobs. And if we can’t replace that workforce, with the vast majority of our crops, particularly tree fruit, we’ll lose production. We would lose market share, and consumers in the U.S. would begin buying their produce from places outside the U.S.”

Washington’s not the only state where farmers are upset. The Washington Growers League joins the Georgia Fruit and Vegetable Association in concerns over how E-Verify will impact the state’s agricultural industry. According to the Association, nearly $300 million worth of crops are at risk if Georgia’s 11,000 agricultural jobs remain empty. Farmers in Georgia have already noted a 30-50% dip in migrant labor since late May, a month after HB 87 passed. Similarly, members of Georgia $14.1 billion restaurant industry—particularly the Georgia Restaurant Association—are reporting labor shortages due to the tough new immigration law.

On a national level, farmers estimate that a mandatory E-Verify program would cripple the country’s $390 billion agricultural industry as well as put a dent in federal coffers. According to president of the American Farm Bureau, Bob Stallman, denying farmers adequate labor supply would “cost farmers $5 billion to $9 billion annually.” And according to a Congressional Budget Office (CBO) report, mandatory E-Verify without a legalization program would cost the federal government $17.3 billion in lost tax revenue over a decade because immigrants would work “off the books.”

In response, Rep. Lamar Smith (the bill’s sponsor) invites farmers to use the existing H-2A guest worker program—a program many describe as “hopelessly bureaucratic” and an “unworkable joke.”

Clearly, Smith’s enforcement-only mandatory E-Verify program—a program that stands to take a large economic bite out of the country’s agricultural industry—is not the answer. Congress must take into consideration the needs of our entire labor market by looking beyond the narrow scope of immigration enforcement toward lasting solutions that benefit our entire economy.