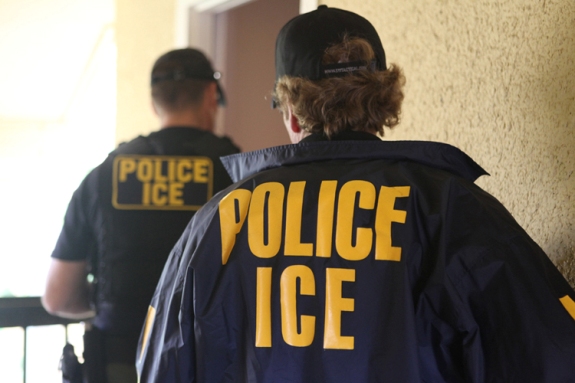 As if immigrant rights groups needed another reason to distrust the Department of Homeland Security (DHS) this week, Immigration and Customs Enforcement (ICE) cleared its agents of any wrongdoing in a recent internal investigation into reports of abuse. Earlier this year, ICE sparked controversy when federal agents allegedly followed immigrant parents to and from a Detroit elementary school as they dropped off their children, trapping the parents inside the school. After residents, advocates and state officials accused ICE of violating their own enforcement policies, ICE officials—including director John Morton—promised to investigate the matter. The results of that investigation, however, have left local community groups outraged and fearful of whether ICE is capable of holding itself accountable in the future.

Last April, six ICE agents allegedly followed immigrant parents inside the Hope of Detroit Academy, trapped them inside for nearly an hour and later arrested at least two parents “in warrantless stops” outside the school. The Alliance of Immigrant Rights and Reform Michigan (AIR) accused ICE of violating their own enforcement policies (which prohibit intimidation tactics nears schools or places of worship), and said ICE’s actions followed a “pattern of abuse,” namely “warrantless searches, detainees denied medicines and the harassment of American citizens.”

After the community protested, ICE director John Morton said the agency would launch an investigation into the accusations and take appropriate steps pending a review. The final report of the incident, however, recently given to the Michigan Messenger by ICE’s Office of Professional Responsibility, found that ICE agents did not “violate an agency policy against enforcement at sensitive locations because it took place blocks away from the school”—findings which left local immigration groups fuming:

“We believe that the ICE report was a complete whitewash that shows that the Dept. of Homeland Security and ICE in particular is unable to police itself,” said Alliance for Immigrants Rights Director Ryan Bates.

Bates said that ICE failed to interview witnesses and victims, took officers at their word when they said they had followed policy, and never addressed the issue of whether officers had warrants for searches they conducted. Bates … said that he finds it insulting that ICE claims no enforcement action happened there. “I had to ask ICE agents to leave their positions around the school,” he said.

They admit that they were at the school and they were conducting enforcement activities. What they deny is that that activity was violative of the policy at the time. If they stake out a sensitive location but they complete the detention at a location so many feet or blocks away they say that didn’t violate the policy as it used to exist.

The results of ICE’s internal investigation have left many fearful that ICE is incapable of monitoring itself against potential abuse and misconduct. And given the recent controversy surrounding ICE’s Secure Communities program, more than just the agency’s credibility is on the line——namely, the safety and security of the communities ICE claims to protect.