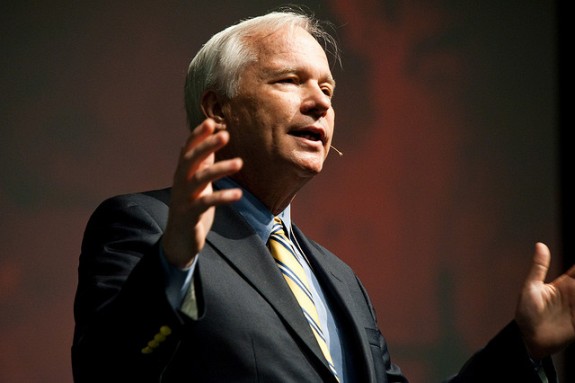 With only weeks until Alabama’s extreme anti-immigrant law, HB 56, is slated to take effect (September 1), the coalition of groups challenging the law continues to grow. Shortly after Alabama Governor Robert Bentley signed HB 56 in June, several civil rights groups—including the ACLU—filed a class action lawsuit against Alabama’s law. Earlier this month, the Department of Justice (DOJ) filed suit as well—much like it did against Arizona’s SB1070—in hopes of a receiving a preliminary injunction against key provisions of the law. This week, faith leaders in the state—who also filed suit against the law—added their voice to the chorus of civil rights, law enforcement, businesses, education, and international communities who vocally oppose the law.

Signed into law in June, Alabama’s HB 56—which has been described as “SB1070 on steroids”—would require local law enforcement to verify the immigration status of those stopped for traffic violations, public schools to determine the immigration status of students, and make it a crime to knowingly rent to, transport or harbor undocumented immigrants. According to local faith groups, however, HB 56 would keep “Alabama citizens from being able to practice their Christian faith” and “make it a crime to follow God’s command to be Good Samaritans.”

In their lawsuit, members of the Christian faith community—including the Episcopal Church, United Methodist Church and Roman Catholic Church—argue that the law would prevent them from inviting and transporting people to and from church services, as well as performing basic Christian rites like baptisms and marriages:

“[HB 56] aims to shut the doors of our churches and social ministries, against our wills, to a whole class of people, denying them access to such basic human needs as food, clothing, shelter, and, most importantly, worship of God.”

Faith leaders, like Bishop William H. Willimon of the United Methodist Church, are also concerned that law will lead to racial profiling. In a recent letter to Gov. Bentley, signed by 150 other ministers, Bishop Willimon harkens back to Alabama’s historical struggle with civil rights by referencing a letter by Rev. Dr. Martin Luther King, Jr.:

“Alabama needs to sit this one out,” said Bishop William H. Willimon. … “The civil rights memorial in Birmingham is kind of a reminder that we’ve got to watch this sort of thing.”

To date, 90 organizations—including farming communities, teachers’ unions, advocacy and civil rights groups and at least 16 other nations—have filed or signed onto legal briefs against HB 56. Additionally, civil rights groups have filed nine amicus curiae briefs, arguing that the law “interferes with U.S. diplomatic interests and encourages discrimination.” Hopefully, this large and growing outcry from such a broad swath of local and national communities will not fall on deaf ears.