50 States Work on Immigration Legislation While Congress Refuses to Act 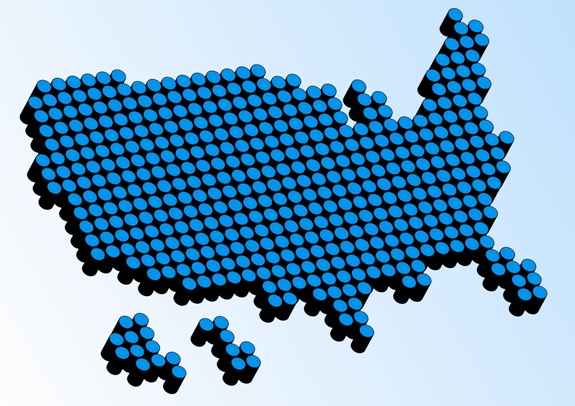 The National Conference of State Legislatures (NCSL) recently released an analysis of the number of immigration-related proposals introduced at the state level between January and June of 2011. NCSL found that more immigration-related bills (1,592) were introduced in the first half of 2011 than in the same time period in 2010 (1,374). While the bills weren’t all bad—representing both a mixed bag of punitive and progressive proposals—they tell a bigger story of 50 states grappling with a broken immigration system while Congress sits back and watches.

This uptick in state immigration legislation is likely to continue, as is the legal and economic fallout resulting from introduction of extreme anti-immigrant legislation. For example, in five of the six states that passed Arizona-style SB1070 legislation (South Carolina excluded), immigrant and civil rights groups have filed lawsuits contesting the laws. The South Carolina bill is expected to be challenged before its 2012 effective date. The U.S. Department of Justice has also responded with lawsuits in Arizona and Alabama in an attempt to defend the federal government’s authority to regulate immigration.

It’s worth noting that even though five states joined Arizona in passing SB1070 copycats, 16 states defeated it. Even more encouraging, however, is the fact that in 2011, Maryland and Connecticut joined 11 other states who have passed instate tuition or other pro immigrant legislation bringing the total to 13—although Wisconsin’s in-state law was repealed this year and Maryland’s is currently being threatened by a referendum.

NCSL’s discussion of immigration-related legislation also extends beyond SB1070 copycats, noting that “as in previous years, law enforcement, identification/driver’s licenses and employment remained the top issues addressed in state legislation related to immigrants.” And yet, although more state-level immigration legislation was introduced this year than last, fewer proposals were actually passed into law. NCSL reports:

So what does this all mean? It means that state governments, as a direct result of Congress’ inaction, are grappling with hundreds of pieces of legislation with the hopes of bringing some sense of order to immigration. It’s incomprehensible that as one arm of the federal government sues Arizona and Alabama to preserve its authority over immigration, another arm, Congress, refuses to exercise their authority to pass comprehensive legislation. It’s time Congress took the pressure off of states and did its job by creating a workable immigration system that serves our state’s and nation’s needs.