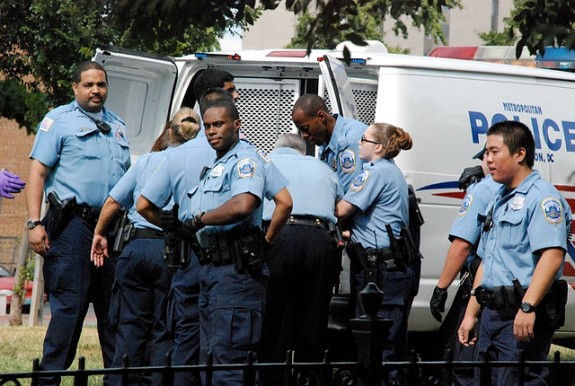 As Alabamans continue to brace themselves for what the New York Times recently described as the “nation’s cruelest immigration law,” state law enforcement agencies said they have not yet been trained to enforce provisions of the controversial law. Signed in June by Gov. Robert Bentley, HB 56 requires local law enforcement to verify the immigration status of those stopped for traffic violations, public schools to determine the immigration status of students, and make it a crime to knowingly rent to, transport or harbor undocumented immigrants. Several parties—including civil rights and religious groups and the U.S. Department of Justice—filed suit against the law, hoping to enjoin key provisions. Today, U.S. District Judge Sharon Blackburn temporarily blocked the law until September 29, 2011 or until the court issues a ruling, whichever happens first.

In the meantime, Alabama law enforcement reported that they have not yet been trained to enforce HB 56. According to Alan Benefield, executive secretary of the Alabama Peace Officers Standards and Training Commission, trainings have not been set up due to the pending legal challenge.

“My eggs, I don’t want to put them in one basket, because I don’t know what the court will do,” he said. “It’s hard to speculate on something (when) you don’t know what will happen.”

Roger Kirby, however, a local attorney who advises police on “how to avoid liability,” called HB 56 an “almost unenforceable act” while local police chief, Robert Green, said he’d like to change the law.

“I would like them to go back to the table on this and make amendments,” Green said. “If it goes into effect, we’ll do the best we can, (but I) wouldn’t mind an injunction.”

Local police chief, Steve Anderson, also pointed out that aside from losing the trust of the Hispanic community, the new law would be a drain on police officers’ time, forcing them to spend more on traffic stops and more time in court. According to the Alabama’s Sheriffs’ Association, most local law enforcement agencies are stuck in a holding pattern until Judge Blackburn issues a ruling.

Question remain, however, over what kind of training local law enforcement will receive when and if Alabama’s law are implemented—especially if only parts of the law move forward. Will the laws be uniformly implemented across every county in the state? Will all officers receive the same level of training?

In all likelihood, Alabama’s law enforcement—like those in other states who have enjoined immigration laws (Arizona, Utah, Georgia and Indiana)—will struggle to interpret the law, putting unnecessary strain on officers time and resources and diminish the existing trust between police and the immigrant community.