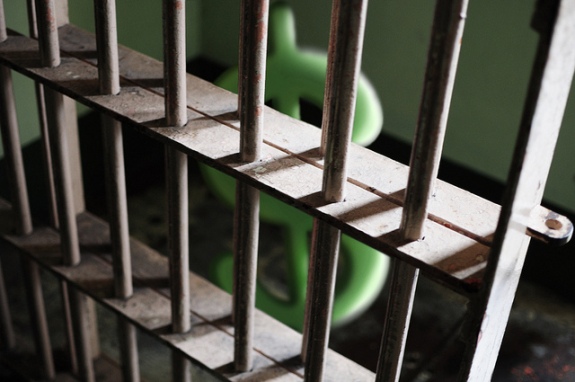 At a time when we should be looking for ways to curb costs, some in Congress are actually attempting to spend more by expanding immigration enforcement programs. In May, Chairman of the Judiciary Committee Lamar Smith (R-TX) introduced H.R. 1932 titled, “Keep Our Communities Safe Act of 2011,” an act which would allow the Department of Homeland Security (DHS) to keep individuals in detention without a bond hearing before an immigration judge while they wait for a final resolution of their case. It would also authorize indefinite detention of those who have been ordered removed but cannot be deported. Aside from being bad immigration policy, Smith’s legislation would also increase an already bloated immigration detention budget.  A new paper recently released by the National Immigration Forum examines just how much our immigration detention system currently costs taxpayers. The findings should raise some eyebrows.

The immigration detention system, operated by Immigration and Customs Enforcement (ICE), will cost more than $2 billion in Fiscal Year 2012 at the level the Administration requested. This amount provides ICE with funding to maintain its current detention capacity of 33,400 people in more than 250 facilities on any given night at an average cost of $5.5 million per day.

Incredibly, some in Congress think spending nearly $4,000 a minute to jail immigrants (most of whom have not committed any crimes) is not enough. If the current DHS appropriations bill (passed by the House for FY 2012) becomes law, the government’s budget for immigration detention and deportations will be $184 million more next year than it is this year—enough to jail 34,000 immigrants at any one time. This would continue a trend in which the number of detention beds has nearly doubled over the past seven years, from 18,000 in 2004 to the current capacity of 33,400.

The enormous cost of immigration detention might be justified if DHS was deporting more dangerous criminals, but this is not the case. Despite claims that ICE policy prioritizes the apprehension and detention of individuals convicted of serious criminal offenses, more than half of all immigrant detainees in 2009 and 2010 had no criminal records. Of those with any criminal history, nearly 20% were for minor traffic offenses.

There are, however, alternatives that could easily bring down the cost of detention—alternatives ranging in cost from as low as 30 cents up to 14 dollars a day per individual.  For example, only 11% of detainees having committed what ICE considers violent crimes. If ICE detained only violent criminals, they could save more than $4.4 million dollars per night even using the most expensive alternative programs. This would result in an annual savings of over $1.6 billion—an 80% reduction in costs.

During a time of increased attention on fiscal accountability by the Federal Government, the amount we spend on immigration detention should be subjected to careful scrutiny. At the very least, ICE must reexamine and modify its current procedures, including reducing its overreliance on detention and maximizing its alternatives programs to take advantage of cost savings.  Until it does, the numbers behind the current immigration detention system simply do not add up to sensible policy.