Ten Years After 9/11, Is the U.S. Deporting Those Who Threaten to Do Us Harm? 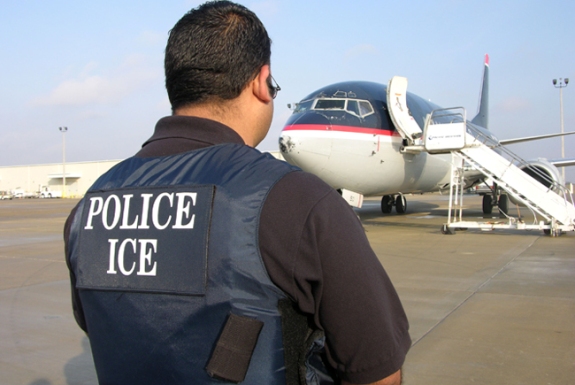 This past weekend, the U.S. commemorated the ten-year anniversary of the 9/11 terrorist attacks. Life and travel in the U.S. has changed in some significant ways over the past decade, and many observers have noted that immigration policy, in particular, has been deeply affected. The fact that the terrorists were foreign nationals that arrived legally in the U.S. on visas prompted action, including the creation of the Department of Homeland Security, stepped up enforcement along the border, additional scrutiny for visa applicants, and increased partnerships with state and local law enforcement agencies. But ten years later, is the U.S. actually deporting those who threaten to do us harm?

Immigration enforcement has been prioritized by both the Bush and Obama administrations and, not surprisingly, both administrations claimed to target enforcement efforts on terrorists and criminals. Very recently, the Obama administration has touted its emphasis on “criminal aliens” and increased its efforts to prioritize serious criminals and persons who pose a threat to national security or public safety. These announcements followed strong criticism from immigrant advocates across the country who noted that many immigrants with minor criminal histories or no criminal histories at all were being deported. Rather than focusing on terrorists and other serious threats, the U.S.’s post-9/11 immigration policies have cast an exceedingly wide net.

In contrast, deportations for civil immigration violations have always been disproportionately high and have increased. Prior to 9/11, 75.7% of deportations were on immigration violations only; in the last ten years, the percentage has increased to 83.2 percent. Initially, the Obama administration did see measurable but very modest increases in the proportion of deportees with criminal violations, but TRAC documents show this proportion has decreased again in recent months.

In recent months and weeks, many have questioned whether the administration’s immigration enforcement policies have truly targeted the “worst of the worst.”  TRAC’s latest report provides even more evidence that they have not.