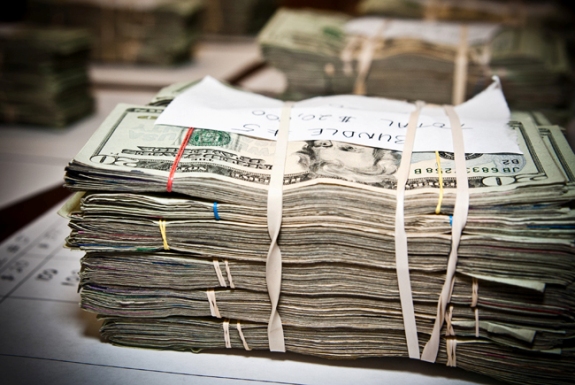 No one should be shocked by this election season’s default response to immigration questions, “We must secure the border.” It’s the same tired sound bite as last election cycle. While border security might make for an easy rhetorical punching bag, it seems to be an area the most vocal politicians know the least about and a topic they care little about fixing. If politicians were serious about securing the border, they would be too busy bringing down drug cartels to blame undocumented immigrants for all of our border woes—or so say former Arizona Attorney General Terry Goddard and anthropologist Josiah Heyman in papers released this week.

Former Arizona Attorney General Terry Goddard is tired of watching symbols trump reality along the border. Instead of building bigger walls or dumping more resources into empty enforcement efforts, Goddard wants strategies that address real threats to our border security—drug cartels. In a paper released this week, How to Fix a Broken Border, Goddard outlines border strategies that involve dismantling drug cartels, starting with the money. According to Goddard, the U.S. Department of Treasury needs to go after money launders who move roughly $40 billion a year across the U.S.-Mexican border:

A more effective border strategy starts with the money; the torrent of cash pouring across the border into the cartel pocketbooks. Cartels are, first and foremost, business enterprises. Taking away the profit cripples the organization.

In addition to stemming the flow of cash across the border, Goddard stresses the need to take down cartel bosses and dismantle their criminal organizations:

This country must break down the elaborate coordination required for successful smuggling. Arrest and incarceration of the bosses who coordinate the scouts, manage the money, and purchase the advanced technology will do just that. And we need to send a clear message that it will be extremely hazardous for anyone to take a fallen leader’s place. Such pressure, applied at the same time the cartel money is disrupted, will destroy the criminal organization. Without the organizations, the holes in our border defenses disappear.

University of Texas anthropology professor Josiah Heyman echoes these strategies in another paper released this week, Guns, Drugs and Money: Tackling the Real Threats to Border Security. According to Heyman, the U.S. needs to stop wasting time, money and manpower on undocumented border crossers and start targeting legitimate security threats—organizations who smuggle drugs, money, guns and people across the border.

…security along the southwest border and across the whole nation requires that we focus on the critical role of targeted intelligence—slow, careful, long-term investigative work aimed at specific individuals and networks, focused on guns, money, and terrorism. This differs in crucial ways from the current approach to border security, which is unselective, inefficient, and massive: witness the costly and time-consuming, as well as inhumane, arrest annually of approximately 500,000 unauthorized migrants in the region, none of them terrorists and very few of them dangerous criminals.

Anyone who lives in or near a border town can tell you that building a taller fence and investing yet more resources into chasing undocumented immigrants do nothing to address real threats to our security. Only by focusing enforcement resources on bringing down the cartels responsible for smuggling drugs, guns, money and people across the border can we say that we’re serious about security. Anything less—like conflating undocumented immigrants with crime—is just cheap political pandering to those, as Goddard describes, “whose real intent is not to fix the border, but to stop and reverse all immigration in the United States.”