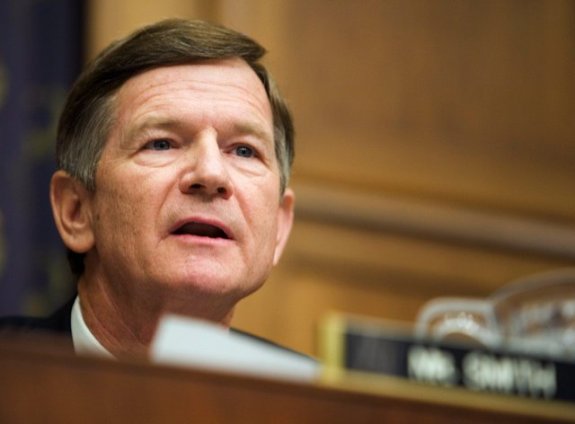 Facing opposition from the left and the right, Rep. Lamar Smith appears to be willing to do and say just about anything to pass his “Legal Workforce Act,” (H.R. 2885), which would make E-Verify mandatory for all U.S. businesses.  Smith continues to tout E-Verify as a magic bullet that will create jobs for millions of American workers despite all evidence to the contrary.

In his latest op-ed, Smith argues that mandatory E-Verify could “open up countless jobs for unemployed American minorities”—a statement that, aside from its race-baiting intention, is simply not supported by the facts. While lowering the unemployment rate for minorities is certainly an important goal, there is absolutely no evidence that unauthorized immigration is responsible for high unemployment rates, and no evidence that E-Verify would create job opportunities for minorities.

In fact, multiple government studies have shown that E-Verify is deeply flawed.  Not only does it fail to detect unauthorized workers over half of the time, but it would erroneously flag millions of U.S. citizens and legal workers as not being work authorized.  Foreign-born legal workers, including naturalized citizens, are disproportionately harmed by these database errors, meaning that many minority workers will be harmed by Smith’s legislation—the exact opposite of what Smith claims.

Furthermore, Smith’s actions defy his own logic. When agriculture complained that E-Verify would devastate their industry causing billions of dollars in losses, Smith’s solution was to introduce a companion guestworker bill that would allow for up to 500,000 new guestworkers to come to the U.S. every year to work in agriculture.  In other words, Smith concedes that U.S. workers will not take the jobs of unauthorized workers, and the arch-restrictionist would bring in a half million new foreign workers and do nothing to actually fix the underlying problems.

Smith’s E-Verify bill is so problematic that even his fellow immigration restrictionists have opposed portions of bill. Many in the business sector fear that mandatory E-Verify would be very costly and burdensome, and would strap them with overzealous regulations, inhibiting their ability to hire new workers rather than creating new jobs.

Smith’s “throw everything at the wall and see what sticks” approach to passing his mandatory E-Verify bill may garner some media attention, but it’s unlikely to get him much support from the broad spectrum of people who want a constructive conversation about real solutions to our immigration problems.