Give Me Your Tired, Your Poor, Your Huddled Masses…But Don’t Let Them Work? 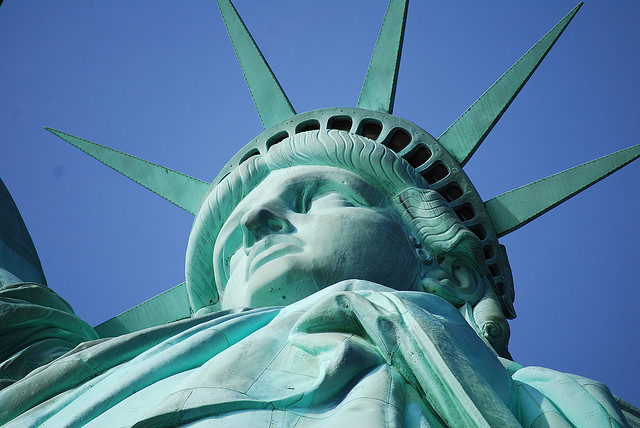 Every year, thousands of people flee persecution in their home countries and seek safe haven in the United States. Many of them spend their entire savings on the journey, travel under life-threatening conditions, and arrive on our shores with not much more than the clothes on their backs. Those who are lucky find long-lost relatives, compatriots, or religious communities who help them get back on their feet. Then they begin the process of applying for asylum, which often takes years. Fortunately, our laws allow asylum seekers to obtain work authorization if their cases are not decided within 180 days. The 180 days, however, are counted by an “asylum clock,” which is too often stopped for unwarranted reasons.

Under existing law, the “clock” stops counting days when an asylum applicant causes a delay in proceedings before an asylum officer or immigration judge. For example, when an asylum seeker asks for time to find a lawyer, the immigration judge stops the clock until the next hearing, which may be many months in the future, instead of restarting the clock when the applicant secures counsel.

Due to misinterpretation and misapplication of what constitutes applicant-caused delay, many asylum applicants have to wait much longer than 180 days before they are authorized to work. Some eventually are forced to work without authorization at serious risk of exploitation, while others must rely on the goodwill of others to support themselves and their families.

In late August, the U.S. Citizenship and Immigration Services (USCIS) Ombudsman issued recommendations intended to address ongoing difficulties with the asylum clock. The recommendations aptly describe certain implementation problems, such as erroneous clock stoppages for non-applicant-caused delays, the lack of any mechanism to restart the clock after an applicant-caused delay has been cured, and the lack of notice to applicants about the status of their clocks. They also correctly note that any workable solution must have buy-in from both USCIS, which adjudicates applications for work authorization, and the Executive Office for Immigration Review (EOIR), which oversees the immigration courts.

The Ombudsman’s recommendations focus on the need for increased information-sharing and interagency dialogue. While better coordination between USCIS and EOIR would undoubtedly help, the underlying problems with the asylum clock go much deeper. The core problem with the asylum clock is agency misinterpretation of the governing law. Overly broad interpretations of what constitutes applicant-caused delays—such as a postponement due to the judge’s unavailability or due to the need for additional time to complete testimony—have yielded a system that unfairly penalizes immigrants who seek work authorization to survive economically.  (For more examples, see Up Against the Asylum Clock:  Fixing the Broken Employment Authorization Asylum Clock, published in February 2010 by the Legal Action Center and Penn State Law’s Center for Immigrants’ Rights.)

Immigration judges use the clock to manage their dockets, without seeming to understand how desperately asylum seekers need work authorization. Nonetheless, USCIS, the agency with authority for adjudicating work authorization applications, relies on EOIR’s databases to make determinations about eligibility for work authorization. Because immigration judge decisions about the clock are adopted wholesale by USCIS, the clock often stops for long periods of time that cannot fairly be attributed to the applicant.  As a result, the affected individuals are unable to seek employment or, in some cases, accept pending job offers.

The Ombusdman notes that “the current regulatory scheme provides little guidance” and proposes that “regulations could provide a more expansive and meaningful definition of applicant-caused delay.”  While clearer regulations might help, USCIS cannot wait for a new regulatory scheme to correct a flawed process. Asylum seekers have waited years for a fair interpretation of applicant-caused delay, and it is critical that USCIS offer it now.