Bridging the Ethnic Generation Gap: Why an Aging Population Will Depend on a New Generation of Workers 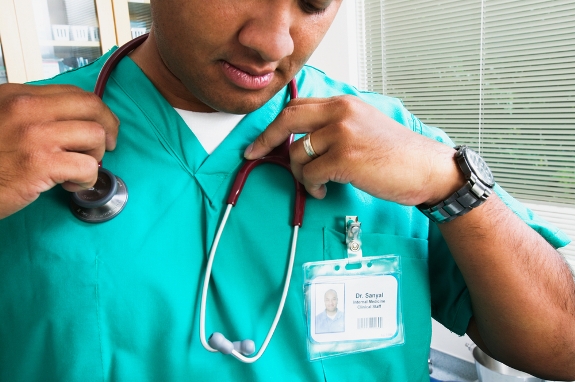 There is a generation gap in the United States and it is not only a difference in age. It is a difference in color as well. The predominantly white Baby Boomers are just this year beginning to reach retirement age. As they leave the labor force and the tax base over the next two decades, a new generation of Latinos and Asians will take their place in the U.S. economy as workers and taxpayers. It is the tax dollars of these immigrants and children of immigrants which will sustain the Social Security and Medicare programs upon which the Baby Boomers will rely. And it is these immigrants and children of immigrants who will become the doctors, nurses, health aides, and countless other workers upon whom so many aging Baby Boomers will depend.

This demographic transformation of U.S. society is well underway. According to analyses of Census data by William Frey of the Brookings Institution, the number of white children in the United States declined by 4.3 million between 2000 and 2010, while the number of Latino and Asian children increased by 5.5 million. As of 2010, 23 percent of all children in the United States were Latino, up from 12 percent in 1990. Only 53 percent of children were white, down from almost 70 percent in 1990. White children are already the minority in 10 states and 35 large metropolitan areas, including Atlanta, Dallas, Orlando, and Phoenix. In 2010, 49.8 percent of all infants under the age of one belonged to a racial/ethnic minority group, up from 42.4 percent in 2000.

The anti-immigrant crowd is frightened by these trends. They worry that their tax dollars are being used to pay for the education and healthcare of immigrants and the children of immigrants. In other words, they miss the point. The cost of education and healthcare for minority youth is not an “expense”; it’s an investment in the future work force and tax base of the U.S. economy. And it’s an investment in the future security of an aging white population that will become increasingly dependent upon minority workers and taxpayers in myriad ways.

Viewed from this perspective, the anti-immigrant movement looks sadly self-defeating.  At the heart of the anti-immigrant agenda is a desire to somehow turn back the demographic clock to the 1950s, when native-born whites were at the top of the social hierarchy and outnumbered everyone else. But the past half century of immigration and ethnic diversification cannot be undone. Even if it could be undone, what would we gain? A smaller workforce unable to support a burgeoning population of elderly retirees? We would find ourselves in the same position as Japan, where the government is desperately trying to lure workers from abroad because one-quarter of the population is age 65 or over.

Immigrants and the children of immigrants, Latinos and Asians, are an economic resource upon which the entire U.S. economy depends. Policymakers would be well-advised to recognize this fact and invest in that resource to ensure that today’s minority students are tomorrow’s successful and productive workers. And aging white workers who are approaching retirement should recognize that this new generation of workers is an ally, not an enemy.