Despite Lamar Smith’s Claims, E-Verify Is Not a Jobs Bill 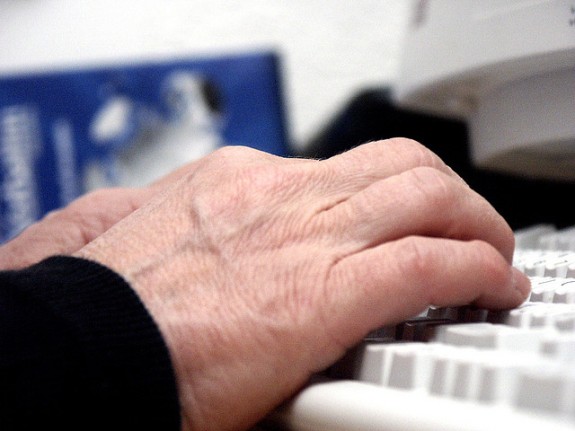 While Chairman Lamar Smith (R-TX) promises that his mandatory E-Verify legislation (HR 2885) is a jobs creation bill, the mark-up of the bill in the House Judiciary Committee last week proved that it is anything but. Though the bill passed the committee by a 22-13 party line vote, the debate in committee and amendments offered make it crystal clear the bill would actually yield job losses. The debate leading up to the committee mark up also shows just how fractured conservatives have become on this issue—and much of it focuses on concerns over jobs.  In fact, an unlikely coalition of progressive and conservative organizations joined together to oppose the bill, turning a host of job arguments upside down.

The debate over whether E-verify promotes jobs or causes job losses took at least three forms during the committee mark-up. The first type of argument, proposed by die-hard restrictionists like Smith and Rep. Steve King (R-IA), actually made it more likely that workers will lose their jobs before they even start their first day of work. Smith offered a technical correction to his bill ensuring that employers can screen workers before their first day of work, despite ample evidence from a government-funded study that 33 percent of lawful workers who are currently illegally prescreened and found to have a database error are not offered a job. The study also found that 47 percent of workers who were not offered a job because of prescreening couldn’t find a new job for two months or longer.

This amendment passed, ensuring that thousands of workers who were offered a job will go back to the unemployment line. Rep. King also offered an amendment to allow employers to use E-Verify to selectively screen workers, which will result in even more workers losing their jobs. This amendment was tabled.

The second kind of argument around jobs came from Rep. Lungren (R-CA) who offered two amendments which would have created a new guestworker program that is uncapped and provides no labor protections for workers. Stunningly, the amendment includes no relief for the one million undocumented farmworkers currently working in our fields. Instead, Rep. Lungren was proposing to bring hundreds of thousands of temporary guestworkers to replace American farmworkers. These amendments were ruled out of order on procedural grounds, so never got a vote.

The most significant amendment of the day that highlighted the hypocrisy of Rep. Smith’s jobs argument was offered by Rep. Harold  Berman (D-CA).  Berman’s amendment eliminated the part of Smith’s bill that exempted agricultural workers from E-Verify requirements who return to an employer they have worked for in the past. This carve out essentially acknowledges the huge role that undocumented workers play in our economy and that without them, industries like agriculture would be decimated. In states like Georgia where E-Verify is mandatory, 11,000 farm jobs are currently unfilled.

Democrats called Republicans on their game by calling this carve out an “amnesty” for growers and pointed out the hypocrisy of not exempting workers from other industries with a large number of undocumented workers. Five Republicans voted with Democrats to pass the amendment.

In other words, Chairman Smith may claim this is a jobs bill, but the hours and hours of committee mark up proved the opposite.  Provisions to “strengthen” the bill offered by immigration restrictionists either made it easier to fire any employee or to bring in new, unprotected guestworkers to compete for jobs.  And the breaking of ranks on the issue of stripping out the agriculture exception shows that politicians on both sides of the aisle aren’t buying the jobs argument—because employers know that they will lose, rather than gain jobs from this bill—particularly in agriculture.

Republican leadership doesn’t seem to be buying the jobs argument either. When asked about the fate of the bill, one Republican aide commented that although the bill has not yet been scheduled for a vote before the full House, the House “will be focusing on our pro-growth agenda to remove harmful regulations that are increasing uncertainty and preventing economic growth and job creation.” Really? Because if that’s the case, this bill should never see the light of day on the House floor.