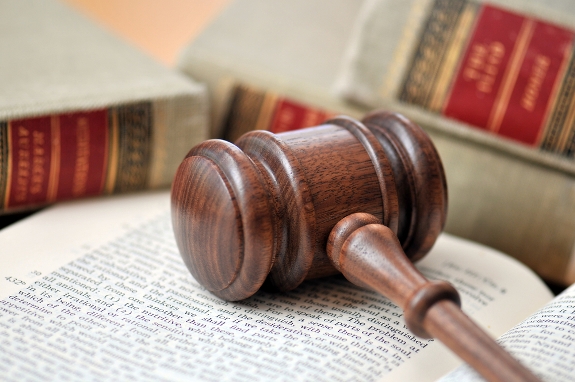 Yesterday’s initial rulings from Judge Sharon Blackburn over Alabama’s new anti-immigrant legislation are disturbing and disappointing on many fronts. Absent a reversal of her decision based on an emergency appeal, many provisions of the law that mirror those struck down in every other jurisdiction will go into effect. If so, everyone in Alabama will pay the price of the law’s implementation—and there can be no doubt that residents of Alabama with dark skin, a foreign sounding name, or an accent will face more questions, intrusions, and humiliations. From a legal perspective, however, declarations of a “victory” for Alabama by media outlets and anti-immigrants’ rights groups are premature. The truth is much more complicated.

Spanning three lawsuits and totaling more than 200 pages—yesterday’s rulings temporarily blocked a number of H.B. 56’s most onerous provisions, failed to reach the merits of others, and rejected a key argument on which Alabama and other states with similar laws have relied. Following, then, are a number of points that should be kept in mind when reading about the decisions.

Second, even where Alabama escaped the entry of a preliminary injunction, it did not always persuade the Judge that its legal position was correct. For example, Alabama did not “prevail” in its defense of the most controversial provision of the law—Section 28—which requires school districts to determine and report the immigration status of all newly enrolling students born abroad or to undocumented parents. Instead, Judge Blackburn refrained from deciding the constitutional challenge to the provision because she found none of civil rights’ plaintiffs possessed “standing” to raise the claim in court—e.g. that neither the suing organizations nor any of their members faced sufficiently imminent injury to obtain an injunction. As a consequence, the constitutionality of Section 28 remains very much an open question in the case—and Judge Blackburn’s standing analysis is ripe for challenge on appeal.

Moreover, while it is disappointing that Judge Blackburn declined to enter a preliminary injunction against Section 12—which requires state and local law enforcement agents to verify the immigration status of individuals they reasonably suspect of being in the country unlawfully—Alabama should have little cause for celebration. For one thing, Judge Blackburn flatly rejected the argument that state law enforcement agents have “inherent authority” to arrest noncitizens for mere civil violations of federal immigration law—the same conclusion reached by the Ninth Circuit in upholding the injunction against S.B. 1070. In addition, Judge Blackburn noted that Section 12 is likely to result in lawsuits against untrained state officers who detain people for unconstitutionally excessive periods of time pending immigration status check. Thus, far from giving Alabama a victory, Judge Blackburn signaled that the state was inviting future litigation.

Third, Judge Blackburn did in fact enter a preliminary injunction against a slew of provision in H.B. 56, including: Section 8, which would have prevented many legal immigrants from attending state colleges, including refugees and persons with Temporary Protected Status; Section 11, which would have outlawed the solicitation or performance of work by “unauthorized aliens”; Section 13, which would have made transporting or renting to an undocumented immigrant a state crime; and Sections 16 and 17, which would have forbidden employers from deducting compensation paid to undocumented workers as business expenses, and allowed other workers to sue the companies for damages in court.

Finally, and also contrary to media assertions, yesterday’s rulings do not necessarily increase the chances that the Supreme Court will agree to hear the state of Arizona’s challenge to the injunction against S.B. 1070. As we previously noted, Arizona faces an uphill climb in persuading the Justices to hear the case, in part because little to no disagreement exists among federal appeals courts on the underlying issues involved. Because yesterday’s decision was issued by a federal trial judge (and is only temporary in any event), it will likely be irrelevant to the Justices’ calculus. If anything, it may give the Justices’ reason to reject Arizona’s petition, so as to afford more lower courts an opportunity to rule on the underlying issues.

In sum, while disappointing in some respects, Judge Blackburn’s rulings are far from a full-fledged victory for proponents S.B. 1070, H.B. 56, and other copycat laws. Instead, the outcome was more akin to a split-decision—and the opponents of the law remain in a prime position to prevail during the rematch.