The Facts (and Numbers) Don’t Matter in Alabama 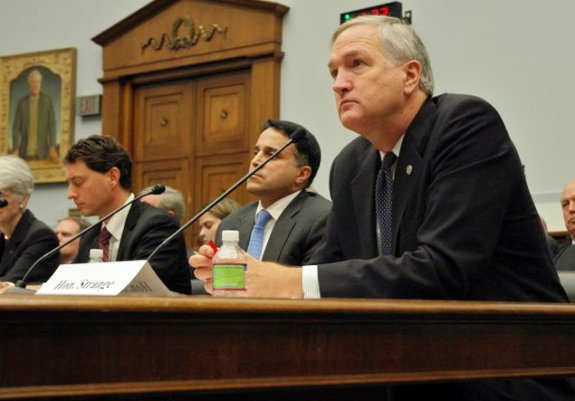 As each day passes under Alabama’s new, highly restrictive immigration law (HB56), it is becoming increasingly clear that facts (and numbers) had very little to do with the passage of the law—and that they continue to be ignored as state officials defend the law. In fact, this willful disregard of facts and data may mean Alabama is about to pay a very high price for a small problem.

Case in point: yesterday, Alabama’s Attorney General claimed in his federal court filing that “illegal aliens” make up a substantial portion of the state’s prison population. As evidence, he used an affidavit saying that 1) Alabama doesn’t track immigration status, and 2) 182 inmates are currently subject to deportation based on holds placed by U.S. Immigration and Customs Enforcement. That is 182 inmates out of more than 31,000 inmates total. Is 0.6% of the total prison population the substantial portion of which the Attorney General speaks?

He continues with his baseless claims by noting that “many of these people are taking jobs away from United States citizens and authorized aliens who desperately want to work in these hard economic times: while the unemployment rate in Alabama stands at 10%, approximately 4% of Alabama‘s workforce consists of illegal aliens.”

However, he provides no proof that undocumented workers are replacing native workers. To say that one undocumented worker fired is one documented worker hired might be politically expedient, but the research actually shows just the opposite. Undocumented workers tend to have different skills, education, and experience levels than native-born workers. In fact, if a 1 to 1 worker replacement was the answer, why is the Governor considering using the prison population to alleviate a severe worker shortage on Alabama farms? Where are all those unemployed Americans waiting to work in the fields?

Alabama’s Attorney General also ignores data on the tax contributions of Alabama’s undocumented population when he writes “and the difficulties in collecting taxes from these persons, many of whom work off the books, means that many of them are utilizing Alabama’s public resources without paying their fair share.”

If by public resources he means public education, as the state’s Attorney General he should know that the Alabama public school system is funded by tax receipts, not just income taxes (which 50% of undocumented persons pay anyway). Education funding comes from sales, property, beer, utility, and use taxes—which we know the vast majority of the undocumented do pay. In fact, according to the Institute on Tax and Economic Policy, undocumented immigrants in Alabama pay $25 million in income taxes, $5.8 million in property taxes, and $98 million in sales taxes, for a total contribution of more than $130 million.

The lack of research and data to back up HB56 shouldn’t be terribly surprising. One need look no further than the flimsy fiscal note produced by the Alabama legislature when considering the law. The fiscal note is astonishing in its incompleteness. There is no attempt to enumerate either the costs or potential fiscal benefits of the legislation. There is no consideration of costs to law enforcement, courts, licensing offices, schools, businesses, or the foster care system.

Alabama legislators could have looked to their neighbors for guidance. The legislatures of both Tennessee and Kentucky, when considering similar measures earlier this year, produced fiscal notes that actually laid out the costs. Both bills scored millions of dollars in lost revenue and expenses to the state. Such information is certainly inconvenient for Alabama legislators, especially when the state faces a $979 million budget shortfall.

To be fair, one can’t say HB 56’s supporters have totally ignored research. In fact, in place of any official state-generated data, they have relied upon (and passed off as “official”) a highly controversial report from a likewise controversial anti-immigrant group. Legislators have derived from this report a $280 million estimate of how much undocumented immigrants allegedly cost the state—a number which they have been parroting as justification for HB56. The report has been rebuked by a number of fiscal and policy groups around the country for its exaggeration of costs and under-reporting of contributions by unauthorized immigrants.

The actual costs to Alabama’s economy have yet to be determined, and no real estimates have been provided by the lawmakers behind HB56. It has always been the case that estimating the costs and contributions of unauthorized immigrants is not an exact science. But Alabama is about to make it a bit easier. No longer will losing your undocumented population be an abstract proposition. In Alabama it’s about to be a reality, and with it the economic ramifications of a mass exodus of workers, consumers, and taxpayers from an already struggling state economy.