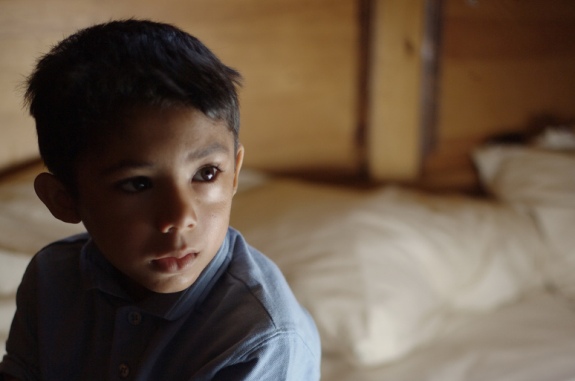 A report released this week reveals yet another devastating consequence of the enforcement-only approach to immigration—a startling number of children whose parents have been detained and deported are placed in foster care and face enormous barriers reuniting with their families. According to the Applied Research Center, 1 in 4 people deported in FY 2011 (nearly 100,000 people) left behind a U.S. citizen child. The report found that the odds of reuniting the families are so low that the parents “basically fall off the face of the earth when it comes to the child welfare system.” Sadly, because of the regular increase in the number of annual deportations, this number is expected to triple in the next five years.

The number of cases has flooded the child welfare system, all at the expense of U.S. tax payer. The U.S. reportedly spends $22 billion dollars on children in foster care annually, which averages to $40,000 per child— an unnecessary cost for children with able relatives. Yet, Child Protective Services (CPS) cannot place children with undocumented family members because they “could be deported at any time.” And because the average person detained is moved over 300 miles from their home before deportation proceedings, the chances of finding a parent for court hearings and reunification are slim.

While CPS is legally required to reunify children with able parents, immigrant children face enormous barriers. According to the report’s author, Seth Wessler, “there’s a limit to how long [Child Protective Services] will look for a parent. If the parent doesn’t speak English or doesn’t call their consulate, it actually makes is very easy for them to give up.” In some cases, once parental rights have been terminated, children are put up for adoption.

So what can federal, state and local governments do to protect families from separation? Implement policies that specifically protect children. The report recommends that Congress should create alternatives to detention for parents and allow them to participate “meaningfully” in dependency proceedings. DHS should amend the June 2011 memo to clarify that all parents of minor children should be granted discretionary relief with an emphasis on parents with children in foster care. State legislatures should institute “time-of-arrest” protocols for local law enforcement agencies so parents can decide who should take custody of their children.

Without these protections, thousands of children currently separated from their families—and thousands to come—will continue to languish in foster care. Is America, a country that prides itself on family values, really willing to let that happen?