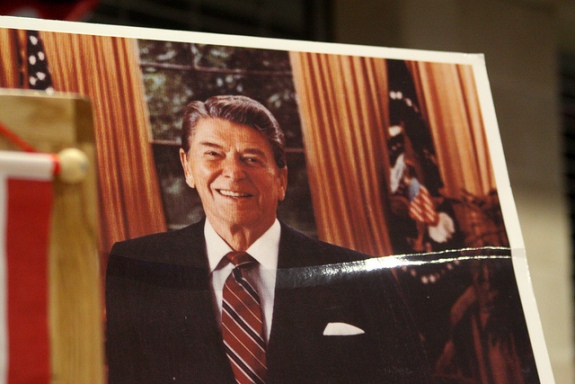 Twenty five years ago this week, President Ronald Reagan signed the Immigration Reform and Control Act (IRCA), an immigration reform bill which, despite a contentious debate, managed to pass a Republican Senate and a Democratic House. In fact, Reagan called the immigration bill one of the “most difficult legislative undertakings of recent memory” but one that “further generations of Americans” would “be thankful for.” And Reagan wasn’t wrong. Despite criticisms from both restrictionists and advocates that IRCA failed to address future waves of immigration, the benefits of IRCA—as well as the bipartisan support needed to pass it—should give our current congressional leaders something to think about.

Signed in November 1986, IRCA required all persons to show authorization to work in the U.S., increased border enforcement, and created a legalization program for undocumented immigrants who met eligibility requirements. While critics complain that IRCA failed to prevent future waves of unauthorized immigration, they often forget the important things IRCA accomplished.

According to research by Rob Paral, between 1990 and 2006, the educational attainment of IRCA immigrants increased substantially, their poverty rates fell dramatically, and their home ownership rates improved tremendously.  Once legalized, their real wages rose and many of them moved into managerial positions.

The law also showed how legalization, enforcement, and visa reform must work together to create a better immigration system. Unfortunately, the visa reforms were limited to agricultural workers, so any new legislation would need to go further. The basic elements of balanced immigration reform, however, were included in IRCA.

One of the most important lessons from IRCA was the bipartisan cooperation needed to pass it. According to President Reagan:

[IRCA has] truly been a bipartisan effort, with this administration and the allies of immigration reform in Congress, of both parties, working together to accomplish these critically important reforms.  Future generations of Americans will be thankful for our efforts to humanely regain control of our borders and thereby preserve the value of one of the most sacred possessions of our people: American citizenship.

If Americans—Democrats and Republicans—could come together in 1986 to pass IRCA, surely Congressional leaders can join forces to pass necessary reforms again. Our immigration crisis is far too dire to not even try.