How to Talk Turkey on Immigration: Redux 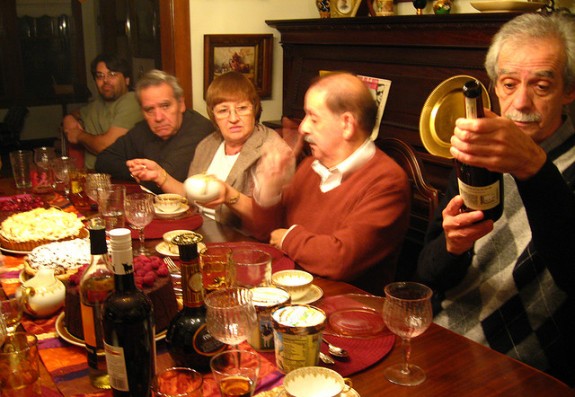 Washington, D.C. area schools participate in the Urban Debate program, which gives middle school children the opportunity to learn the art of debate. My sixth grader signed up right away. She was surprised to learn, however, at her first tournament that many people have no qualms debating either side of an issue, no matter how they personally feel about it. She also discovered that a few kids had no problems saying whatever they had to say to win. She was in tears because another twelve year old insisted that American lives were more valuable than others in a debate over U.S. military involvement abroad.

I didn’t have the heart to tell her that in the debate over immigration we see far worse nearly every day. The misinformation that is routinely spread and the disregard for human lives is common in the immigration debate. Whether it is politicians calling for electrified fences, schoolchildren herded in to gymnasiums to determine their legal status, or blatant misuse of statistics to scare the public, immigration is hardly a genteel topic.

This year in particular, as the Alabama law unleashes a civil rights crisis in that state, I can only imagine that there will be some very difficult conversations around the Thanksgiving dinner table. Although proponents of immigration reform are armed with more anecdotes and statistical information than ever, the increasingly preposterous stories coming out of Alabama will make some people shake their heads and say—it just can’t be so.

So what to do? We offer a list of tips for making the case, politely but firmly, for a rational immigration policy.

Sooner or later, Urban Debate will probably tackle the question of immigration, but when it does, I want my daughter to be able to draw a distinction between arguments grounded in reality and compassion and those that are motivated by nothing but fear or a desire to win. There are legitimate policy debates to be had on the immigration question, but for many people, the conversation never gets that far. If you can get past square one, I’m convinced that most people will see that immigration reform is in the country’s best interests. And if that happens, then maybe next year’s feast will be a bit more pleasant.