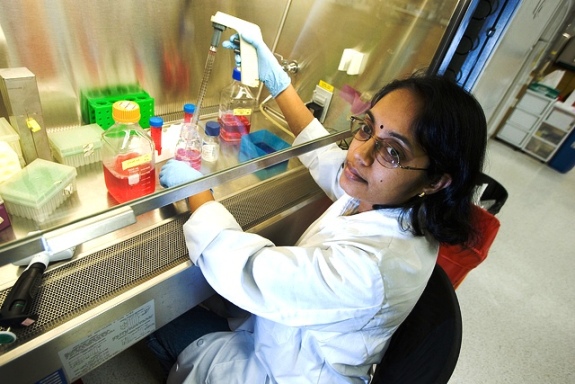 These are among the findings of a report released last month by Georgetown University’s Center on Education and the Workforce. The report, entitled STEM, presents a comprehensive analysis of Science, Technology, Engineering, and Mathematics (STEM) occupations in the United States that is a far cry from the grim portrait painted by FAIR.  Where FAIR sees an immigration-induced glut of S&E workers who earn low wages, the authors of the Georgetown report see just the opposite. According to the report: “High and rising wage premiums are being paid to STEM workers in spite of the increasing global supply. This suggests that the demand for these workers is not being met.”

Moreover, this demand is not only coming from industries that traditionally hire STEM workers. It’s coming from industries like Professional and Business Services, Healthcare Services, Advanced Manufacturing, Mining, and Utilities and Transportation. Employers in these industries are willing to pay top dollar for workers with STEM backgrounds, which has the effect of “diverting” many STEM graduates into non-traditional career paths.

According to the Georgetown report, native-born STEM graduates are the most likely to be “diverted” into non-traditional career paths for a variety of economic, social, and cultural reasons. And this “diversion” of native-born STEM graduates “will continue and likely accelerate in the future.” As a result, there is likely to be “an increasing reliance on foreign-born STEM talent among American employers.” But this is a reflection of high labor demand, not low demand, as FAIR would have us believe.

The findings of the Georgetown report cast serious doubt upon those of the FAIR report. It would seem that FAIR is misreading the nature of the S&E, or STEM, workforce. Native-born S&E workers and recent graduates are moving into non-traditional industries because S&E skills are valued by so many different employers. In other words, they face a wide range of opportunities, not a shortage of options.