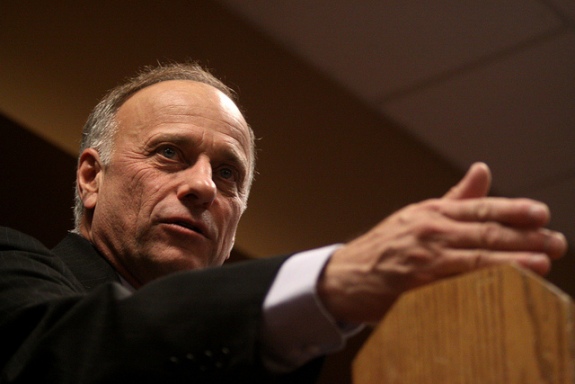 Today, the House Immigration Subcommittee held a hearing on the Secure Communities program (S-Comm)—an enforcement program that has been rife with controversy since its inception in 2008. Today’s hearing featured statements from a variety of witnesses and members of Congress which further underscored the problems inherent with the program and immigration enforcement in general. S-Comm is currently active in more than 1,700 jurisdictions and is on target to be nationwide by 2013.

Gary Mead of ICE described the current status of S-Comm and the reforms that ICE has made to the program in light of concerns that have been raised. Mead touted the record number of deportations in FY2011, and reported that ICE has deported more than 114,000 immigrants identified through S-Comm.

Julie Myers Wood, former Assistant Secretary of ICE, acknowledged that ICE’s resources are limited and prioritization is necessary. She also acknowledged that S-Comm would result in more identifications that ICE could handle and suggested that ICE improve it’s efficiency so more immigrants identified through S-Comm can be processed for potential deportation. If ICE does not have enough detention space, Wood continued, alternatives to detention and monitoring should be used so that ICE does not have to release anyone. Furthermore, Wood argued that expanded use of stipulated removal—in which the immigrant agrees to be deported—and Rapid Repatriation—through which immigrants can obtain early release from jail if they agree to be deported—can reduce the burden on the court process.

Sheriff Sam Page of Rockingham County, NC—who has relatively limited experience with S-Comm—said that he and other sheriffs are seeing an increase in illegal alien crime activity. He claimed that S-Comm works well in his community, does not cost his agency anything to implement and that the “program and protocol for ‘Secure Communities’ is reasonably simple.” He explained:

If it is determined that the arrestee was not born in the United States, the person is fingerprinted…and the prints are then compared against the Federal and Immigration and DHS print database. Then our trained booking officers notify ICE personnel whether there is a print match. Even if there’s not a match, we arrange an interview with an ICE agent and the arrestee.

This description of his agency’s process is not consistent with how S-Comm works, raising concerns about whether he and other local law enforcement agencies are properly implementing the program.

Finally, Art Venegas, former Chief of Police of Sacramento, testified about the challenges that S-Comm creates for community policing and community safety. When the program is activated, immigrants are fearful of contact with the police and crimes go unreported. Venegas explained how immigrants who are arrested and identified through S-Comm but then are not convicted of any crime are still deported. Venegas continued:

It seems we are agreeing to turn the long-stand principle of “innocent until proven guilty” on its head for certain groups of people. If you are an immigrant, and you are charged with a serious offense, you are “guilty until proven innocent” and you will be referred for deportation. As an immigrant myself, and as an American, I cannot support that differing standard.

Democratic members took the opportunity to point out the continuing concerns over S-Comm and its impact on racial profiling, community safety, and victims and witnesses (Gary Mead claimed ICE has never deported a victim of domestic violence.)

Republicans pushed their agenda, complaining that ICE had not provided information that had been requested and insisting that 300,000 “criminal aliens” had been identified by S-Comm and ignored or released by ICE. The source of the 300,000 number remains unclear. Representative Steve King questioned how Chief Venegas had arrived in the U.S. as an immigrant and repeatedly asked whether racial profiling was prohibited by federal statute. When Venegas mentioned the Civil Rights Act, King claimed that those who wrote the Civil Rights Act didn’t know what racial profiling was.

In summary, there was much grandstanding and talking past one another and very little constructive debate over the controversial program.