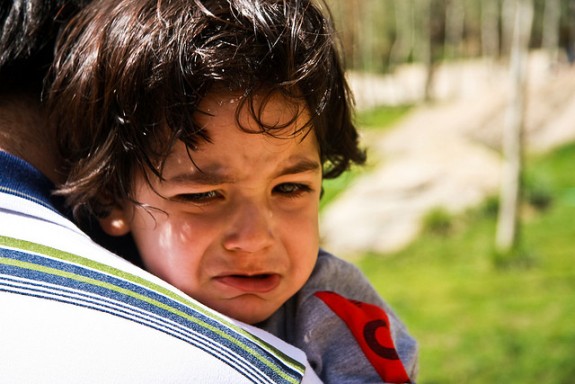 Despite recent court decisions and interpretations from the state’s Attorney General that limit implementation of Alabama’s draconian immigration law, HB 56, much of damage has already been done. Two recent reports by Human Rights Watch (HRW) and the AFL-CIO further illustrate the ways in which HB 56 is complicating many aspects of daily life. Both organizations sent delegations to Alabama to interview a wide variety of Alabama residents and found that the fallout goes well beyond the official implementation of the law’s provisions and extends to personal relationships. Both found that the law is just one part of an agenda to deny people fundamental rights.

HRW points out that the provisions of HB 56 not only deny unauthorized immigrants education, utilities, housing, and other basic necessities, it also denies them fundamental rights. Unauthorized immigrants are denied due process and access to the courts, which cannot enforce contracts between an “alien unlawfully present” and any other party. Immigrants also have unequal access to remedies for victims of crimes because they are fearful of calling the police when they are victimized by crime. People who “look” or “sound” like immigrants are subject to discriminatory document verification.

HRW found that since the law was implemented, employers have refused to pay their employees, landlords have refused to make critical repairs, and lawyers, judges, and court interpreters have threatened to report suspected unauthorized immigrants. Countless children have lost valuable time in school as parents have withdrawn them, or are simply afraid to drive them to school.

The law has also created an environment in which harassment, discrimination, and abuse are prevalent.  Private individuals and businesses have taken it upon themselves to demand proof of legal status from people they suspect of being unlawfully present. One woman reported that a clerk at a major discount store told her she needed proof of U.S. citizenship to fill a prescription. HRW also reported that strangers make disparaging or abusive remarks in public, and that school children are being traumatized and bullied by their classmates.

Even commenting on the negative impact of the law is sufficient to raise the ire of some Alabamans. In the AFL-CIO report, Steve Dubrinski, the owner of Max’s Deli, explained how his business had been affected after he publicly expressed concerns about his business because his fully documented Latino workers may leave the state. Dubrinski received ugly hate-filled emails, and a local radio talk show host called on people to boycott his deli. Dozens of people posted negative online reviews claiming that people should not patronize Max’s because the workers are all “illegal.”

These stories are shocking and heartbreaking and they need to be told. Staunch supporters of the law may not care that HB 56 violates international human rights or that it engenders discrimination and harassment or that daily life is becoming exceedingly difficult for immigrants—these are the intended consequences of the law.

Americans who want a practical solution to our immigration problems understand that laws intended to make life miserable for certain persons are not the way to go. All Americans must also ask themselves whether HB 56 represents the best America has to offer or whether we can do better.