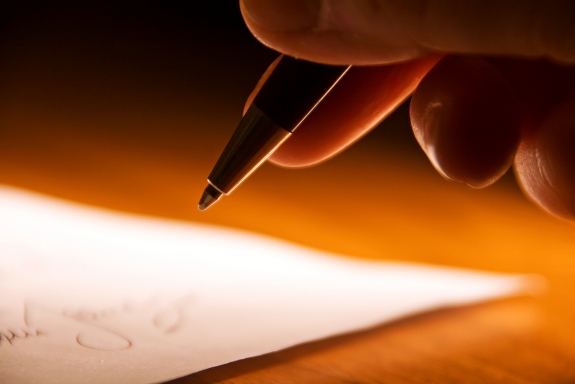 Exhausted by the base immigration rhetoric prevalent in the GOP presidential debate, a group of concerned Iowans is seeking to reframe the issue in anticipation of the Iowa Caucuses next month. Last week, business, faith and city leaders in Iowa signed the Iowa Compact—a list of five principles meant to guide how people discuss immigration. Signatories of the compact, which is modeled after Utah and Indiana’s Compact, urged politicians “to stop playing politics on the issue” and said that state level fixes, like enforcement-only legislation, do “not address the root problem of immigration” but instead hurts economies and communities.

Similar to other compacts, the Iowa Compact includes five guiding principles: 1) Immigration is a federal issues; 2) Local law enforcement needs to focus on serious crimes and avoid policies with negative economic and humanitarian consequences; 3) Immigration policies should help families stay together: 4) Immigrants are beneficial to Iowa’s economy; and 5) Iowa needs to welcome immigrants.

And with the Republican primary caucuses less than a month away, Compact signatories hope GOP presidential candidates take notice. Lori Chesser, chairwoman of the Iowa Immigration Education Coalition, believes “there has not been enough thoughtful discussion in the debates” thus far. The mayor of Perry, Iowa, Jay Pattee, agrees:

During the Republican presidential primary season, the rhetoric on immigration has reached a new low. This type of debate is not only extreme and divisive, but it serves as a distraction from a genuine policy debate.

Other signatories, like those in the business and law enforcement community, also want to send the message that Congress’s inability to reform our broken immigration system is hurting state economies and what’s worse, has given rise to enforcement-only immigration laws which put law enforcement officers at odds with communities.

According to Perry, Iowa’s police chief Dan Brickman, “the lack of federal action on immigration reform has put his officers in an awkward spot at a time when they can’t afford to take on additional responsibilities or alienate their residents.” Nearly 40% of Perry’s population is Hispanic.

Martha Willits, chief executive of the Greater Des Moines Partnership, said foreign-born workers are crucial to Iowa’s economy since, according to the group, the state’s primary population growth comes from minorities.

We know from our business partners that work force is a critical issue, particularly finding workers with the right skills … We want to keep foreign-born students who are trained at our universities and intern in our businesses. But we can’t because of our makeshift laws. We need comprehensive reform.

Other signatories include the CEO of Banker’s Trust, the oldest and largest independently owned bank in Iowa, and the Iowa Nursery and Landscape Association, who relies on immigrants for workers.

Hopefully, communities across the U.S. will realize that immigrants are vital to their state’s economic prosperity and enact policies that welcome them, like in Dayton, Ohio, rather than bash them in debates and drive them from the state through anti-immigrant legislation.