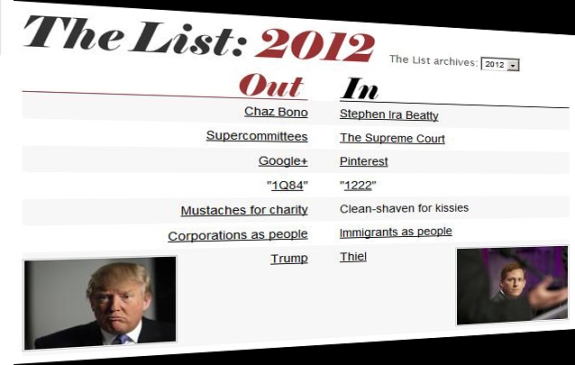 You wouldn’t know it from listening to the ridiculous anti-immigrant rhetoric over the past year, but treating immigrants like actual human beings is a concept some hope catches fire in 2012. The Washington Post recently added “immigrants as people” on “The List: 2012”—their annual zeitgeist-inspired list of ins and outs for the new year. Granted, “peacock feathers” and “Margaret Thatcher” also made the “in” column, but dialing down the immigrant bashing—a message Republican presidential candidates clearly missed during previous debates—is an idea that GOP political strategists are now embracing.

Republican strategists are apparently growing nervous as GOP presidential candidate, Mitt Romney, continues to alienate Hispanic voters. While Gov. Romney has flipped back and forth on his approach to immigration policy over the years, he announced this past weekend that he would veto the DREAM Act—a bill that puts undocumented students who were brought here by their parents on a path towards citizenship—if Congress were to pass it.

Romney’s tin ear on this topic, on immigration, will hurt him should he be the nominee, is hurting the Republican Party and is hurting every conservative who cares about passing conservative legislation in the future.

But Romney’s not the only one. In fact, anti-immigrant rhetoric has increased over the past few years—from Arizona Governor Jan Brewer’s “beheadings in desert” to Republican Congressman Lamar Smith’s portrayal of immigrants as stealing jobs from Americans. More recently, however, GOP presidential candidate Michele Bachman said she would deport every undocumented immigrant in the country while former GOP contender, Herman Cain, “joked” that he would electrify the border fence as a deterrent for unauthorized crossers. Not exactly rhetoric that warms Hispanic voters’ hearts.

Perhaps people are just tired of the same failed enforcement strategies and constant immigrant bashing that’s plagued the immigration issue for the last several years. Poll after poll shows that most Americans—even those who consider themselves conservative voters—favor a path to citizenship for the 11 million undocumented immigrants currently living and working in America.

Maybe it’s time for those holding the microphone to take a step back and listen to what American voters really care about—comprehensive solutions to our immigration problems, not just more empty and hate-filled words.