Celebrating a Legislative Victory for Refugees and Religious Freedom 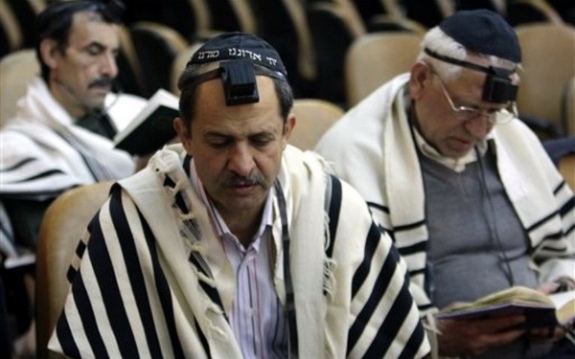 Tucked into the fiscal year 2012 spending bill the President signed before the holidays was an extension of a provision known as the “Lautenberg Amendment.”  The inclusion of the extension is good news for refugees seeking religious freedom at a time when Congress has deadlocked on immigration issues and legislative victories are few and far between.

The Lautenberg Amendment has been extended on appropriations legislation each year since it was first enacted in 1990. However, in fiscal year 2011, the Lautenberg Amendment was only extended for part of the year and it expired on June 1, 2011. The main obstacle to renewal was the objection of Lamar Smith, Chair of the House Judiciary Committee, which has jurisdiction over refugee-related legislation and objected to the inclusion of the Lautenberg Amendment on appropriations legislation. In spite of the fact that each year, Chairman Smith presides over a consultation with the Departments of State, Homeland Security and Health and Human Services on the U.S. Refugee Program, he alleged that the refugee program has not received sufficient Congressional oversight. Urged by constituents and congressional colleagues to extend the Lautenberg Amendment, Chairman Smith ultimately compromised, agreeing to allow an extension through June 1, 2011 to be included in the fiscal year 2011 spending bill.

Strong bi-partisan support, demonstrated by letters signed by 21 senators and 108 House members to House and Senate leadership urging that the amendment be extended, led to the provision being included in the 2012 spending bill that Congress passed before leaving Washington for the winter holiday recess. Senators Lautenberg (D-NJ) and Kirk (R-IL), and Representatives Franks (R-AZ), Wolf (R-VA), Berman (D-CA) and Waxman (D-CA) led the efforts to renew the extension. HIAS, the Jewish Federations of North America, and other national and local Jewish groups, along with the National Association of Evangelicals and World Relief and partners in the International Religious Freedom Roundtable representing a broad array of faiths and political views, worked together during the year to ensure the continuation of the Lautenberg Amendment.

While the Iranian religious minority refugee program is small—averaging around 2,000 refugee admissions per year in recent years—the insistence by a bi-partisan group in Congress on its continued existence is encouraging and a clear legislative victory for refugees and religious freedom in 2011.