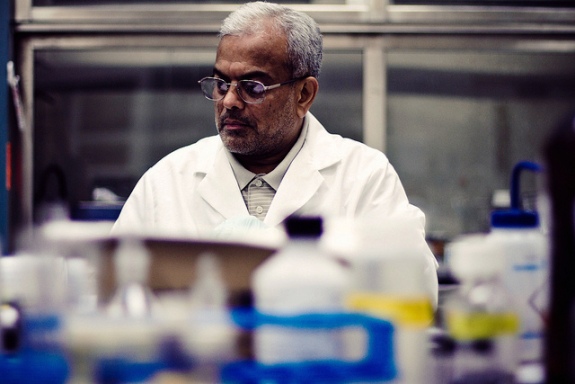 Immigration creates jobs for native-born Americans. That is the fundamental finding of a new study from the American Enterprise Institute and the Partnership For A New American Economy, entitled Immigration and American Jobs. The study—authored by Madeline Zavodny, a professor of economics at Agnes Scott College—reinforces the findings of numerous other studies which have demonstrated that there is no correlation between immigration and unemployment. Specifically, Zavodny analyzes Census data with the aim of answering one pivotal question: “In states with more immigrants, are US natives more or less likely to have a job?” Zavodny focuses on two groups in particular: immigrants with advanced degrees, and immigrants of any skill level who are in the country on temporary visas.

The four principal conclusions of Zavodny’s study are unequivocal:

According to Zavodny, the findings of her study suggest three reforms to the U.S. immigration system which would benefit the U.S. economy and native-born workers. First, she calls for a reorientation of permanent and temporary immigration policies to favor immigrants with advanced degrees from U.S. universities in STEM fields. Second, she advocates an increase in the number of “green cards” (permanent visas) available to highly educated immigrant workers. And third, she recommends an increase in the number of temporary visas for both highly skilled and less-skilled immigrant workers. Zavodny notes that these reforms would create new jobs while requiring “neither new taxes nor new spending cuts.”

Zavodny concludes that “immigration policy can, and should, be a significant component of America’s economic recovery.” Yet the reality is that even the most basic of immigration reforms are deadlocked in the U.S. Congress. And, while the United States dawdles, “the rest of the world competes for talent.” According to Zavodny, “every major developed country is more focused than the United States on admitting immigrants to meet economic needs.” In other words, whether they realize it or not, opponents of immigration reform are needlessly undermining the U.S. economy.