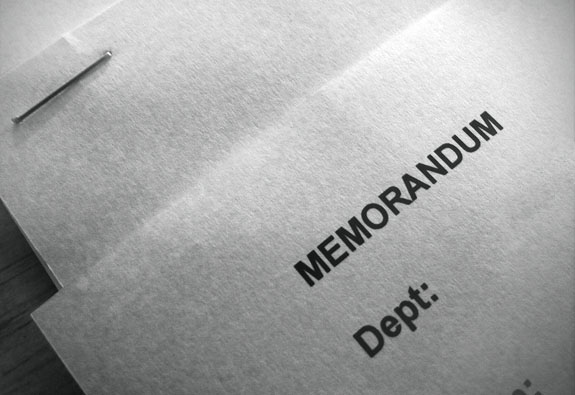 An October 2010 ICE memo from ICE Deputy Legal Advisor Riah Ramlogan to ICE Assistant Deputy Director Beth Gibson has finally been made public after a protracted legal battle. The nine page memo, obtained through Freedom of Information Act (FOIA) litigation, presents ICE’s legal arguments for making the Secure Communities Program  mandatory for all jurisdictions in 2013. This memo overrides and contradicts an earlier ICE memo that argued that S-Comm was not mandatory.

This is the latest chapter in a lengthy debate over whether Secure Communities is mandatory or voluntary. Initially ICE claimed that the program—which runs the fingerprints of individuals booked in local jails through federal databases—was voluntary. However, when states attempted to opt out of the program, they were told that they could not. In August 2011, ICE terminated its Memoranda of Agreement (MOAs) with the states, stating that the MOAs were not necessary and that ICE would continue to expand the program unilaterally. Secretary of Homeland Security Janet Napolitano also clarified that all jurisdictions would be required to participate in Secure Communities by 2013.

For years, immigrant advocates have asked ICE on what legal basis they base making Secure Communities mandatory. The “mandatory memo” now points to three statutes that give the Attorney General the authority to collect and exchange criminal information, establish a cooperative framework between the states and federal government to exchange criminal information, and make the DHS and FBI databases interoperable. The memo also recalls a FY2008 bill that appropriated $200 million for ICE to “improve and modernize efforts to identify aliens convicted of a crime, sentenced to imprisonment, and who may be deportable, and remove them from the U.S. once they are judged deportable…”

None of these statutes, however, mention Secure Communities or create a mandatory program. As UncoverTheTruth.org points out, “the statutes predate Secure Communities by between six and sixty years” making this a “post-hoc justification for a policy” ICE is eager to implement.

The earlier memo voiced concerns that states may raise Tenth Amendment arguments and that a court may find that ICE cannot compel local law enforcement agencies to participate in Secure Communities. The new memo reaches the opposite conclusion, finding that “compelling participation in Secure Communities in 2013 does not raise constitutional concerns.”

It is obvious that ICE has put much time and energy into finding a legal justification for proceeding with their plans to implement Secure Communities in all jurisdictions, regardless of the desires of local jurisdictions. This justification completely ignores the many concerns about the program, including the concerns of the DHS-appointed Secure Communities Task Force, which have still not been addressed. The ultimate question is not whether ICE can make the program mandatory, but should it be mandatory.