Immigrants, Latinos and Asians Contribute More to Your State Than You Think 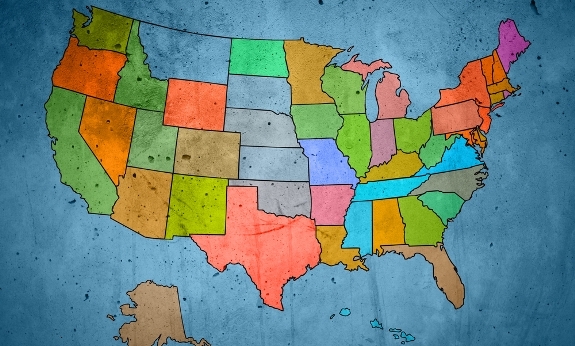 Immigration has never been a numbers game. When people think of immigration in America, they likely call to mind fear-fueled myths perpetuated by immigration restrictionists, like “immigrants are stealing American jobs” or “immigrants are a drain on our system.” Sadly, numbers and facts have rarely been part of the discussion, especially as state legislatures continue to take immigration law into their own hands. Today, however, the Immigration Policy Center published 50 state fact sheets updated to show just how much immigrants, Latinos and Asians contribute to our country as consumers, taxpayers, workers, entrepreneurs and voters—facts state legislators would do well to consider before passing legislation that drives immigrants, undocumented and documented, from their state.

As Alabama continues to drive undocumented immigrants and their contributions from the state, they also run the risk of alienating documented immigrants, Latinos and Asians in the process. Alabama’s Latino and Asian populations’ combined purchasing power was nearly $6 billion in 2010. Alabama faces a $979 million budget gap in FY2012.

In California, whose undocumented population paid $2.7 billion in state and local taxes in 2010, some recently attempted (and failed) to overturn the California DREAM Act—two laws which allow undocumented students to enroll in California’s public colleges and universities and apply for state-based funding. Studies show that by 2025, California will not have enough college graduates to keep up with economic demand. The California DREAM Act may play a critical role in boosting the number of college grads.

Another part of Georgia’s extreme immigrant law (HB 87) went into effect this month, requiring people to show certain forms of identification before they can get among other things, professional business licenses. While this may seem pretty standard, business leaders in the state are worried that this will slow commerce, cause serious processing delays, and hurt an already struggling economy. At last count, Latino and Asian businesses in Georgia had sales and receipts of $20.6 billion and employed nearly 110,000 people.

State legislatures, the majority of which convene this month, are likely to continue to consider restrictive immigration legislation this year, but it’s critical that they consider exactly how much these punitive laws will cost their state. States are far from fully recovered from the economic recession and many still face large budget shortfalls into FY2013, according to Center for Budget and Policy Priorities.

Facts don’t lie. Immigrants, Latinos and Asians have and will continue to account for large and growing shares of state economies and populations. Can state legislators really afford to alienate such a critical part of its labor force, tax base, and business community?