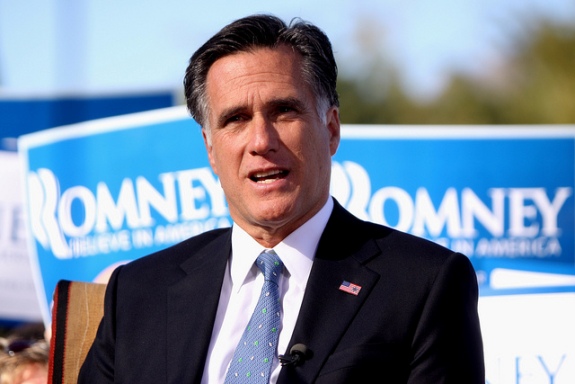 Today, Mitt Romney’s campaign heartily accepted the endorsement of renown anti-immigrant activist, Kris Kobach. As Mitt Romney emerges as the leading contender for the GOP nomination, he and those he affiliates with will garner closer scrutiny, making it critical for Romney’s campaign to understand who Kobach is and why his policies engender such strong emotion.

Kobach and his anti-immigrant cronies are behind much of the draconian anti-immigrant legislation wreaking havoc on the business and economies of Alabama and Arizona. They are driving an extreme ‘attrition through enforcement” immigration agenda that is bad for business and seeks to make life in America so unworkable for the foreign-born that they will pack up and leave. However, the strategy is backfiring and this experimental legislation is driving state economies deeper into recession, locking them into long and costly legal battles, and diminishing state reputations and business opportunities.

The Romney campaign needs to understand that while these anti-immigrant initiatives have served to advance Kobach politically and financially and are supported by the extreme anti-immigrant movement in America, virtually all of them have ended up being costly failures for which taxpayers ultimately foot the bill. Romney touts his pro-business bona fides, however these anti-immigrant policies are anti-business and are should be taken from the state to the federal level or allowed to take hold in other states.

Being anti-immigrant and pursing costly, anti-business policymaking does not appeal to a majority of Americans and will do nothing to repair our economy and bring our nation together.

In the world of political campaigns, the more support you get the better. But it’s important to remember that you are judged by the company you keep. The Romney campaign should carefully consider the impact of embracing extremists and what those budding relationships signal to a range of audiences who are weary of anti-immigrant posturing.