New Report Says Legalization Would Result in $1.4 billion in Revenues for Houston, Texas 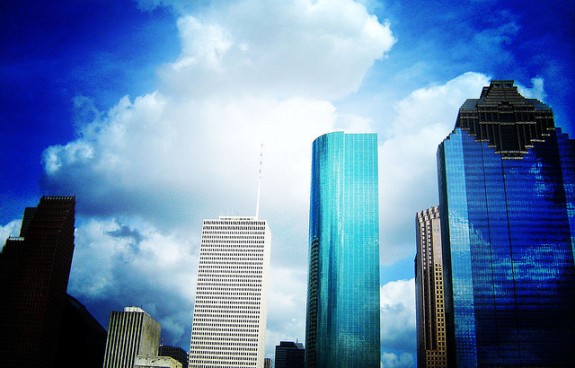 A new report issued this month by the Greater Houston Partnership (GHP), a business advocacy organization, confirms that legalization of unauthorized workers would result in those workers earning higher wages and paying more taxes. Potential Tax Revenues from Unauthorized Workers in Houston’s Economy uses data from the Pew Hispanic Center to estimate the number of unauthorized immigrant workers, by industry, in the Houston area. Then, assuming that legalized workers would earn the prevailing wage in their industry, GHP estimates their projected incomes to which it applies the standard tax rate.

GHP estimates that, if all unauthorized workers in the Houston region were legalized and they and their employers paid Social Security, Medicare, unemployment insurance, and federal income taxes, additional tax revenues would exceed $1.4 billion. The report also demonstrates that even with less than 100% legalization, there are still significant potential revenues. For example, if only 25% acquire legal status, an additional $356.1 million in tax revenues would be generated.

This study examines an important question about what legalizing the currently undocumented would do. However, it does have a few problems stemming from some of the assumptions made about the undocumented population.

The report assumes unauthorized workers and their employers are not currently paying any taxes and that only legalization would require them to pay taxes. However, we know that many undocumented workers and their employers already pay Social Security, Medicare, unemployment, and federal income taxes. Once legalized, many would likely get better jobs with higher wages, not the prevailing wage, meaning they would pay even more in taxes than the report estimates.

The report should also include sales and property taxes which are already paid by unauthorized immigrants right now. The gains from these taxes would also likely increase because legalized workers making higher incomes would spend more on consumption and pay more tax.

Despite those concerns, the new GHP report adds to the literature that legalization is an economic plus for our communities.

Hopefully, this report will encourage more people to look at what immigration brings to an economy as opposed to the usual discussion over how much unauthorized immigrants cost—discussions which often cite dubious sources. Conveniently absent from many of those discussions is the fact that these immigrants are workers, taxpayers, and consumers who benefit the economy in significant ways. More importantly, in contrast to spending billions of dollars on mass deportation, legalization would lead to higher tax revenues and higher consumption which boosts the economy.