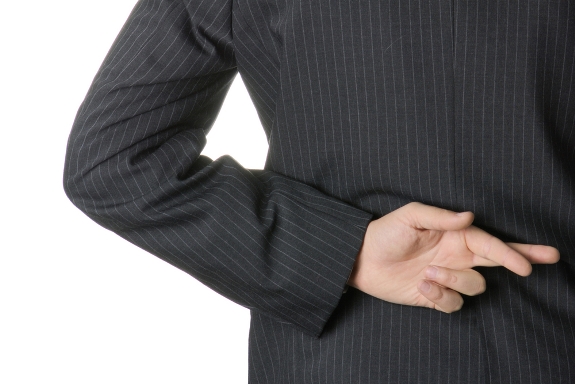 The Federation for American Immigration Reform (FAIR) has outdone itself when it comes to shoddy research. In a recently released report on “demographic changes” in Arizona, FAIR utilizes an almost random assortment of statistics to make its case that the state’s unauthorized immigrants are fleeing in droves thanks to get-tough immigration policies. The report occasionally pays lip service to the impact on unauthorized immigration of the 2008-2009 recession, as well as persistently high unemployment rates that continue to this day. Yet FAIR concludes, without evidence, that state-level immigration enforcement has been the single most important factor causing the decline of the unauthorized population. In reality, this conclusion is not supported by the data which FAIR presents.

FAIR’s report is painfully self-contradictory. It opens with the bold statement that the “efforts of Arizona policymakers to deter the settlement of illegal aliens in the state and to encourage those already in the state to leave have made major advances in their objective.” To bolster this statement, the report offers a bountiful supply of numbers on declines over the past few years in the size of the state’s foreign-born population, foreign-born Latin American population, and unauthorized immigrant population—not to mention reductions in the poverty rate, birth rate, and crime rate. Strangely enough, some of these statistics—such as those on the drop in crime—document trends which began before Arizona had enacted any harsh immigration laws.

The report does mention, offhandedly, that punitive state immigration policies may not account for all of these demographic trends given the presence of other factors, such as “the effects of the recession, loss of jobs and growing unemployment.” Yet this acknowledgment of reality is immediately followed by the muddled argument that “the confluence of all of these factors constituted a strong message that Arizona was no longer a desirable destination for illegal aliens and that already settled illegal aliens faced increased exposure to identification and deportation.” At the very end, the report is back to making the sensational and unsubstantiated claim that the state’s demographic changes “resulted from local law enforcement activities as well as legislative changes designed to make Arizona less accommodating for aliens seeking illegal work in the state.”

While FAIR is certain that get-tough laws in Arizona have provoked an exodus of unauthorized immigrants, other observers with a less fanciful attitude towards data sound a note of caution. For instance, Juan Pedroza of the Urban Institute has pointed out that “it’s tough to tell whether (and how many) immigrants have left a community if you are looking right after a state passes a law. It can take years of evidence to test claims of a mass exodus.” Moreover, “growing evidence suggests that most immigrants (especially families with school-age children) are here to stay, except perhaps where local economies are particularly weak.”

In a related vein, a report released last year by the Public Policy Institute of California (PPIC) evaluated the impact of the 2007 Legal Arizona Workers Act (LAWA), which made it mandatory for the state’s employers to use the federal E-Verify employment-authorization system. The report found that, while the law did motivate some unauthorized immigrants to leave the state, it also pushed many of those who remained “into less formal work arrangements.” As a result, “policymakers must weigh the sought-after drop in unauthorized employment against the costs associated with shifting workers into informal employment.” In other words, reality is more complicated than FAIR’s misinterpretation of demographic statistics would suggest.

FAIR’s numerical screed against unauthorized immigrants in Arizona does not rise to the level of serious research. Too many variables go unaccounted for, too many assumptions are made, and too many conclusions are predetermined. State-level immigration enforcement is one among many factors that influence the decision of an unauthorized individual or family in Arizona as to whether they should stay or leave. Untangling those factors involves complicated research of a kind that FAIR cannot provide.