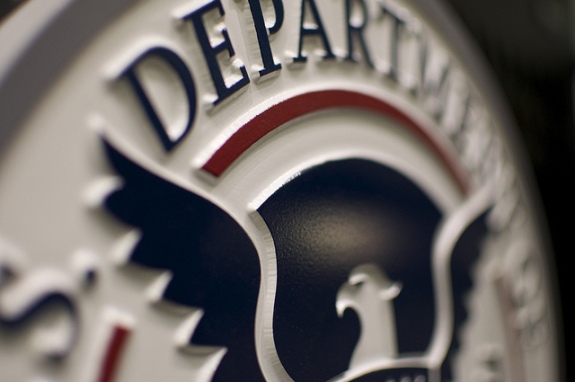 Immigration and Customs Enforcement (ICE) recently announced creation of its first Public Advocate’s office, designed to serve as a point of contact for people trying to cut through the bureaucracy to get questions answered and concerns heard. While immigration hardliner Rep. Lamar Smith was quick to call the new office a “lobbying firm for illegal immigrants,” the actual job description is more like an extension of current public engagement functions, but with the possibility of more specific intervention on individual cases.

According to Andrew Lorenzen-Strait, the new Public Advocate, his job description covers the following areas:

This is a long overdue part of the general transparency and public engagement promoted by the Obama Administration and asked for by the immigrant rights community. An ombudsman’s office within ICE and Customs and Border Protection (CBP) should function as a watchdog over the agency’s actions. Whether this new office will play a significant role in reshaping how ICE conducts business or meet the many expectations of the immigrant rights community, however, remains to be seen. Two early questions arise: the placement of the office within ICE and staffing of the office.

Another area of concern is staffing of this office. Given the vast number of complaints and concerns about individual immigration cases raised already, ensuring that there are a number of officers empowered to look at these concerns and more importantly, help to resolve them, is also going to be an important criteria. In short, if ICE wants the Public Advocate to succeed, he must be given the tools he needs to get the job done.

Of course, all of this could be a lot harder with restrictionists calling the new office an attempt to “placate amnesty advocates in an election year.” According to Congressman Lamar Smith, creation of the new office is “just further proof that the Obama Administration puts the interests of illegal immigrants ahead of the interests of Americans.”

That kind of hostile reaction ignores the fact that the cases most likely to be resolved under any ombudsman system are cases of people who never should have been pulled into ICE’s grip in the first place, like the U.S. citizens and visa holders.

In other words, public advocates, ombudsmen, and others whose job it is to try to make the system work better, offer a direct and important benefit to everyone, simply by keeping an eye on the system and pulling out cases that shouldn’t be in there. While ICE deserves credit for recognizing the need, let’s hope the office becomes an strong advocate for the countless numbers of people who have found themselves erroneously caught up in ICE’s grip.