Why the Scott Gardner Act is Unconstitutional…and a Bad Idea 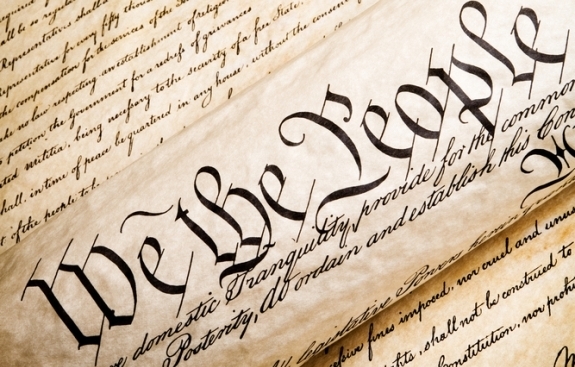 Immigration hardliners never hesitate to claim the mantle of “states’ rights” when defending laws like Arizona SB 1070. But those wanting local cops to double as federal immigration agents were conspicuously silent at a congressional hearing on Wednesday on the Scott Gardner Act, a bill that (among other things) would require police to run extra background checks on foreign nationals arrested for drunk driving. Instead, it was pro-immigrant members of Congress who had to remind the legislative sponsors that the Constitution prohibits the federal government from imposing unfunded mandates on states—all while explaining the many reasons why the bill would make bad policy.

Named for a North Carolina father killed by an undocumented drunk driver, the Scott Gardner Act would impose new requirements on both federal and state officers. At the federal level, the bill would require authorities to indefinitely detain undocumented immigrants arrested for DUI for the duration of their removal proceedings, even if they were acquitted of the charges or provide financial support for U.S. citizen children. It would also require DHS to prioritize the removal of undocumented DUI suspects over other deportable immigrants, including those convicted of murder and other violent crimes. At the state level, the bill would authorize local police to place “detainers” on undocumented DUI suspects and transport them to federal custody. And of greatest constitutional concern, it would require police to run federal immigration checks against any DUI offender whom an officer has “reasonable grounds to believe” is a foreign national.

Yet as was repeatedly noted at Wednesday’s hearing, the Supreme Court ruled more than a decade ago in Printz v. United States that such unfunded mandates are unconstitutional. The opinion by Justice Antonin Scalia held that longstanding principles of “federalism” prohibit requiring state and local officers to assist in the enforcement of federal law. The result of the ruling was to strike down a federal requirement that local law enforcement agencies run background checks on prospective gun purchasers. But as was noted on Wednesday by numerous pro-immigrant members of Congress, the underlying principle applies to all areas of law (which also explains why ICE cannot require local jails to honor immigration detainers). As Zoe Lofgren (D-Calif.), the ranking member of the House Immigration Subcommittee, put it:

In addition to the Scott Gardner Act’s glaring constitutional problem, opponents of the bill also demonstrated why it would create problems for local law enforcement. Chris Burbank, the Chief of the Salt Lake City Police Department, testified that the bill would discourage even legal immigrants from cooperating with police, and would all but require officers to engage in racial profiling when trying to determine whether a suspect was born abroad. Rep. Charles Gonzalez (D-Texas), a former judge, said the bill could inadvertently lead to fewer DUI prosecutions, because its poorly written language would permit local authorities to shift the cost of detention to the federal government by dismissing the charges. Even the bill’s sponsor, Rep. Sue Myrick (R-N.C.), conceded that the legislation would become obsolete upon the nationwide implementation of the Secure Communities program, which gives federal immigration authorities access to the fingerprints of persons arrested by state and local authorities.

To be sure, few would argue that undocumented immigrants arrested for DUI should be spared from deportation. But no one could plausibly insist that drunk drivers should be a higher deportation priority than murderers. Likewise, many would dispute that a single DUI arrest—which may not even result in conviction—should warrant indefinite detention without the opportunity for a bond hearing, or justifies burdening local police with the unnecessary task of running additional background checks. In truth, state and local laws already provide numerous ways to prevent drunk drivers from re-offending. The fact a suspect is undocumented can hardly justify the excessively punitive (and unconstitutional) proposals in the Scott Gardner Act.