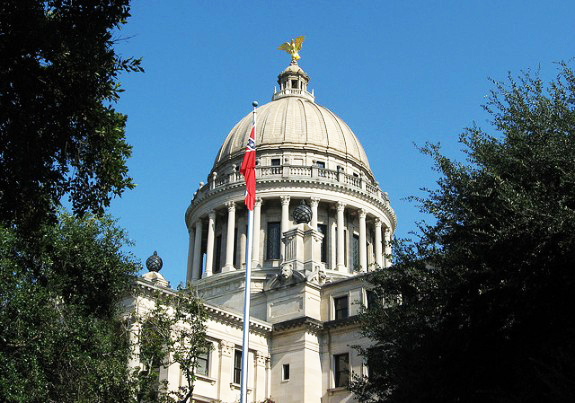 Today, Mississippi’s extreme immigration bill, HB 488, died after a state senate committee chairman decided not to bring the bill up for a vote. The Mississippi Senate had until today to consider HB 488, a bill that would have, among other things, allowed police officers to determine the immigration status of individuals they “reasonably suspect” are in the country without documents. While HB 488 is dead, however, state House members may still be looking to keep these immigration enforcement measures alive by inserting them in other bills.

Hob Bryan, Mississippi’s Senate Judiciary B Committee chairman, decided not to bring HB 488 up for a vote today “because he believes it attempts to micromanage the way police officers and sheriffs do their jobs,” according to the Associated Press. Mississippi law enforcement officers agree.

Last week, the Mississippi Sheriffs’ Association, Chiefs of Police, Municipal League and Association of Supervisors, urged lawmakers to oppose HB 488 last week. In a letter, the groups called the law an “unfunded mandate” and highlighted problems enforcing the law as well as the cost to taxpayers.

Although many have come out against Mississippi’s and Alabama’s immigration measures due to associated costs, others have criticized their severity. In addition to the “reasonable suspicion” provision—which many charge encourages racial profiling—the laws originally made it illegal for undocumented immigrants to enter into business transactions with the state, including access to basic utilities, like water, gas, and electric services. These bills also originally included provisions that required public schools to determine the legal status of enrolling students and made it a crime to fail to carry proper immigration documents.  These provisions, however, have since been stripped and modified by legislators or in Alabama’s case, enjoined by the courts.