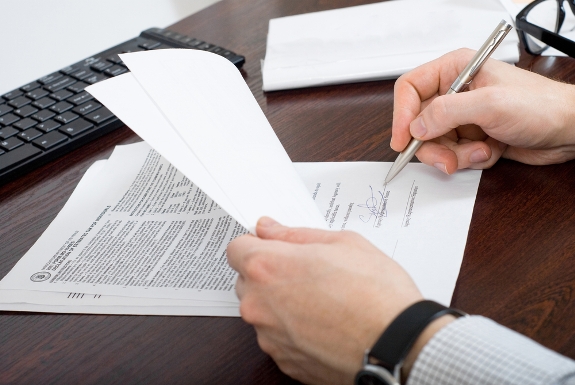 A provision of the immigration law commonly known as the “3 and 10 year bars” has proven to be one of the most heart-breaking of the many draconian changes made to the immigration law at the time. Since its enactment in 1996, the provision—which imposes re-entry bars of 3 to 10 years on immigrants who are present in the U.S. illegally, leave the U.S., and want to re-enter lawfully—often separates family members, even if they are otherwise entitled to legal status in the U.S. Now, however, USCIS has published a proposed rule that will reduce, although not eliminate, the hardships created by this provision of law. The announcement has been received favorably, although with some skepticism, within the immigration community.

USCIS’s new rule change, which was posted in the Federal Register this week, will allow some unauthorized immigrants (mostly direct family members of U.S. citizens) who are applying for permanent residence to apply for a waiver to the 3 and 10 year bar from within the United States. If approved, applicants would receive a “provisional waiver” that would be finalized after they leave the country to pick up their visa application.

Why is this rule change good? The new regulation minimizes the amount of time that applicants would have to be away from their families before being admitted back into the United States.

Under current law unauthorized immigrants applying for permanent residence must leave the country to actually complete the process. Leaving the U.S., however, can trigger a ban on re-entry of 3 or 10 years, depending on how long someone lived in the U.S. unlawfully. While an immigrant can apply for a waiver of the ban, that currently must be done abroad, and may take a very long time to process, with no guarantee that the waiver will be granted. As the Los Angeles Times put it, “that’s an untenable choice: leave the U.S. and run the risk of being separated from a spouse for years, or stay and live in fear of deportation.’

The public now has sixty days to comment on the rule change, including making suggestions for expanding the scope of the rule to include a larger group of applicants and other fixes that advocates believe are necessary to make the best of a bad law. Comments are not limited just to technical fixes and all people affected by the rule change should be encouraged to make their concerns known.

Many immigration groups, including the American Immigration Lawyers Association, have praised the release of the rule, even while arguing that more must be done. Eleanor Pelta, AILA president, noted that the rule would be a positive step for keeping families together that will “literally save lives.” She continued,

People have been kidnapped and murdered waiting for waivers in Juarez, Mexico, and other countries. It’s a move that will be less destructive to families and bring about a fairer and more streamlined waiver process.

Unfortunately USCIS’s proposed rule would exclude many people who are stuck in the same situation . . . The proposed rule only applies to a limited group of applicants, namely the immediate relatives of U.S. citizens who can show extreme hardship to a U.S. citizen spouse or parent. This leaves out broad categories of close family members who also have to wait abroad for their waiver, including the spouses and children of people who have green cards and the adult children of U.S. citizens.

Despite these concerns, there’s little doubt that the rule is an improvement on the current situation, which may be why critics of the Obama administration have called it an end run around Congress in which the President plays by his own rules. However, anyone wading through the detailed and sometimes tedious regulatory immigration processes will tell you that this rule is a modest tweak to a process that has been becoming more and more unwieldy in the last fifteen years.