Immigrant Tax Contributions and the Future of the U.S. Economy 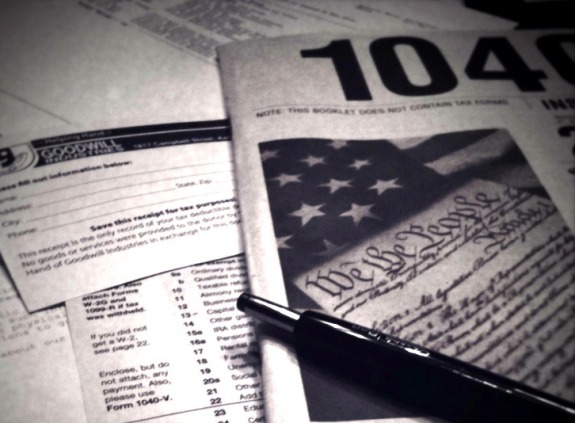 When it comes to the topic of immigration, Tax Day is a reminder of two important and often-overlooked points. First, immigrants pay billions in taxes every year. This is true even of unauthorized immigrants. Second, the federal government spends billions of taxpayer dollars each year on immigration-enforcement measures that wouldn’t be necessary if not for the chronic inability of Congress to reform our badly outdated immigration system. In other words, there is a strong fiscal case to be made for immigration reform. Were the U.S. immigration system to be given a 21st century overhaul, we would likely increase the tax dollars flowing from the immigrant community, and we would spend far less taxpayer money on immigration enforcement.

The tax contributions of currently unauthorized immigrants would be greater were they provided with a pathway to legal status. A 2010 report from the Immigration Policy Center and the Center for American Progress found that the higher earning power of newly legalized workers would generate increased tax revenues of $4.5-$5.4 billion in the first three years following legalization. Because the federal government refuses to create a legalization program, it is missing out on this extra revenue. A 2010 study from the University of Southern California estimated that because unauthorized immigrants in California earn less than they would if they had legal status, the state government lost out on $310 million in income taxes in 2009, while the federal government missed out on $1.4 billion.

Rather than implementing reform, the U.S. government has chosen instead to pour ever-increasing sums into enforcement-only immigration policies. The budget of U.S. Customs and Border Protection (CBP) grew from $5.9 billion in Fiscal Year (FY) 2003—when it was created as part of the Department of Homeland Security (DHS)—to $11.5 billion in FY 2011. The budget of U.S. Immigration and Customs Enforcement (ICE)—the agency with DHS that is responsible for immigration enforcement in the interior of the United States—increased from $3.3 billion in FY 2003 to $5.7 billion in FY 2011. It costs roughly $166 per day for ICE to detain one person, and ICE spends $5.5 million per day to detain 33,400 people in over 250 facilities, according to estimates by the National Immigration Forum.

It is ironic that the federal government devotes so much money to apprehending and detaining unauthorized immigrants who add value to the U.S. economy with their labor, entrepreneurship, consumer purchasing power, and tax payments. While Border Patrol agents chase busboys through the desert, the native-born population is growing older. Roughly 77 million baby boomers will age into retirement over the next few decades, putting greater demands upon the cash-strapped Social Security and Medicare programs. Both of these programs need the tax dollars of new, younger workers—many of whom are, and will be, immigrants. As a result, we must not only create a pathway to legal status for those workers and taxpayers who are currently unauthorized. We also must fashion a flexible system of legal immigration which ensures we receive the immigrant workers and taxpayers our economy needs in the future.

It’s a shame that so many of the lawmakers who create our immigration policies can’t recognize this fact.