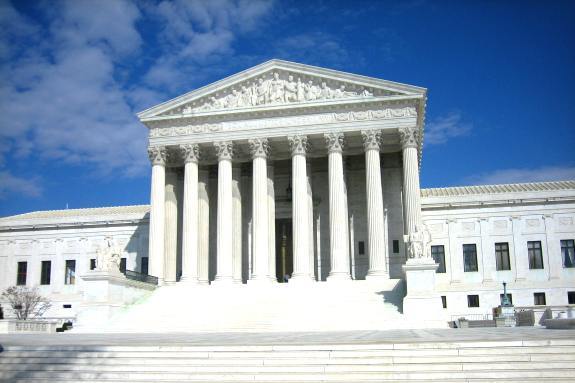 In less than 48 hours, the Supreme Court will hear oral arguments in Arizona v. United States, the long-anticipated dispute over the legality of SB 1070. More than any case in recent history, the dispute raises fundamental questions about the role of states in the enforcement of federal immigration law. The Court’s decision could thus determine not only the future of SB 1070, but the fate of other state immigration laws being challenged in court and the odds of similar laws being passed around the country. While much ink has already been spilled about the case, below we’ve highlighted five important facts to remember before the argument.

1) The case involves only four provisions of SB 1070, but the Court could reach a different conclusion for each provision.

The Supreme Court will not consider SB 1070 in its entirety. Instead, it will consider the legality of four provisions that lower courts temporarily blocked from taking effect. The question before the Court is whether those provisions conflict with—and are therefore “preempted” by—federal immigration laws. Each of the contested provisions is unique, however, so the Justices could uphold the injunction against some parts of SB 1070 while allowing others to go into effect. In addition, because Justice Elena Kagan is recused from the case, the Justices could divide 4-4 on one or all of the provisions. In the event of a tie, the injunction would be upheld but the Justices would not issue a decision creating precedent for any other case.

2) The outcome of the Arizona case could determine the fate of some, but not all, sections of other state immigration laws.

Many provisions of SB 1070 are similar if not identical to those enacted in other states. For example, Alabama, South Carolina, and Utah also require police officers to investigate the immigration status of persons they stop if “reasonable suspicion” exists that they are in the country illegally. However, other states’ copycat laws also contain unique provisions. For example, unlike SB 1070, Alabama’s HB 56 requires school administrators to ascertain the immigration status of newly enrolling students. Thus, however the Court rules, its decision will also apply to any identical provisions in other states. For non-identical provisions, however, lower courts will have to decide if and how the Supreme Court’s decision applies.

3) The effects of unauthorized immigration on Arizona are not relevant to the legal issues before the Court.

Arizona’s brief spends many pages describing an “epidemic” of violence supposedly attributable to high levels of unauthorized immigration. While many of these claims are factually dubious, they would be legally irrelevant even if they were true. Why? The question before the Supreme Court is not whether Arizona alone is entitled to enact a law like SB 1070. The question is whether any state can enact such a law, regardless of whether it is affected by immigration. Thus, while no one disputes that Arizona has been impacted by unauthorized immigration, those effects are not legally relevant to issues before the Supreme Court.

4) The Obama administration does not have a “lax” enforcement policy.

Arizona also implies that states should have greater leeway to enforce immigration laws because the Obama administration has a “lax” enforcement policy. Again, however, this claim is both factually dubious and legally irrelevant. More than 1.2 million removals have occurred since President Obama took office, which represents nearly as many deportations on an annual basis as were carried during each year of the last four presidencies combined. But even if the current administration did not aggressively enforce the immigration laws, that would also be irrelevant to whether SB 1070 is preempted by federal law—a question that depends on whether the enjoined provisions conflict with acts of Congress, not on how stringently a particular President is enforcing those laws.

5) Even if Arizona wins, legal challenges to SB 1070 will continue.

Finally, even if the Supreme Court lifts the injunction against all four provisions under dispute, legal challenge to SB 1070 will continue. The federal government’s challenge to the SB 1070 is based exclusively on the argument that its provisions are preempted by federal law. However, separate lawsuits remain pending that attack SB 1070 on civil rights grounds due to the potential for racial profiling and other constitutional violations. Thus, a win for Arizona at the Supreme Court would represent a temporary—and incomplete—victory at most.