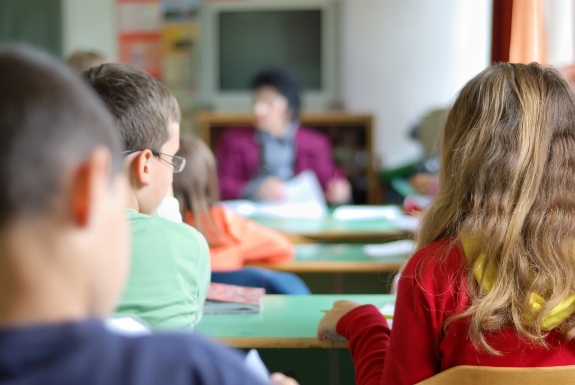 While eyes remain fixed on the Alabama legislature’s effort to revise their immigration enforcement law, HB 56, the U.S. Department of Justice informed state officials in a letter last week that the state’s immigration law has resulted in significantly higher absence rates among Latino students. According to the letter, more than 13 percent of Latino schoolchildren in Alabama withdrew from classes between the start of the school year and February 2012. While the Department’s investigation is still ongoing, the letter said Alabama could lose federal funding and face additional litigation if it fails to revoke a provision of HB 56 that requires administrators to determine the immigration status of newly enrolling students.

The release of the letter, which was sent by DOJ’s Civil Rights Division to the State Superintendent of Education, represents the latest exchange in an ongoing dispute over the impact of HB 56 on public education. The Civil Rights Division investigates any possible discrimination against children in public schools based on race, sex, religion, color and national origin. After HB 56 was enacted, the DOJ asked the Superintendent to provide data on school enrollment and absenteeism to determine if children were being negatively impacted by the law. While the Alabama’s Attorney General initially questioned the DOJ’s authority to request such data, the state eventually conceded.

According to the letter, the state’s own data, in addition to interviews with educators in the state, led the DOJ to some concerning conclusions on the state of public education in Alabama. Thomas Perez, the head of the Department’s Civil Rights Division, writes:

“With respect to withdrawals, the data show that compared with prior school years, the rates of total withdrawals of Hispanic children substantially increased. The data reflect that between the start of the school year and February 2012, 13.4 percent of Alabama’s Hispanic schoolchildren withdrew from school.”

Although the education provision of HB 56, Section 28, was enjoined by the courts soon after it went into effect, the DOJ letter said that it continued to have a chilling effect on the Hispanic community in Alabama. Interviews with state educators reveal that children suffered heightened anxiety and fear as a result of the law. Some students even reported being required to attend assemblies based on their actual or perceived national origin or immigration status.

Meanwhile, in the Alabama statehouse this week, a protracted battle is raging over how to amend HB 56. While pro-immigrant groups believe a total repeal of Section 28 is the only way to address the DOJ’s concerns, lighter tweaks are being suggested. One proposal replaces mandatory checks of incoming students’ immigration status with a requirement that the Alabama Department of Education compile an annual report of the fiscal impacts of educating children of unauthorized immigrants.

If Alabama leaves Section 28 as is, the provision would remain enjoined pending a final decision from the federal appeals court in Atlanta, which has said it will not issue a decision until after the Supreme Court renders its ruling in Arizona v. United States, the case testing the legality of SB 1070.

The landmark Supreme Court decision in Plyler v. Doe guarantees all children in the United States have access to public education regardless of their immigration status. Given the evidence outlined in the DOJ letter, it appears Alabama has already crossed the legal line. While the future of Section 28 remains unclear, what is evident today is that the state of Alabama will remain liable for potential violations of civil rights law.