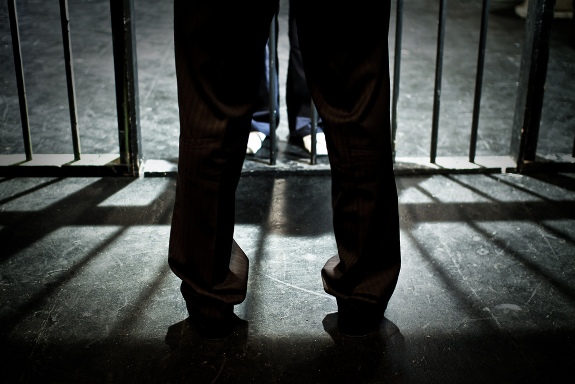 A local election in Travis County, Texas, is bringing to light important questions surrounding the controversial Secure Communities program. As recently reported by the Texas Tribune, Democratic primary challenger John Sisson has criticized incumbent Sheriff Greg Hamilton for honoring federal immigration “detainers”—the lynchpin of Secure Communities—because of their harm to immigrant communities. While Hamilton has said he is bound by federal law, contrary policies in jurisdictions around the country show the sheriff is either misinformed or confused.

Immigration detainers are official requests from Immigration and Customs Enforcement (ICE) asking law enforcement agencies to detain immigrants for 48 business hours after they would otherwise be released so that ICE can take custody. As we have previously explained, detainers are requests, not commands, meaning that local law enforcement agencies do not have to honor them. Yet by Sheriff Hamilton’s own admission, he honors every detainer he receives. “At the Travis County jail,” he said, “we follow the law, and the law says that when an ICE detainer is put on, the law enforcement agency shall maintain that individual for 48 hours.”

In truth, federal law does not require law enforcement agencies to hold individuals for 48 hours; instead, it requires them to release the subject of a detainer if ICE fails to assume custody within 48 hours. In fact, numerous jurisdictions around the country—including San Francisco, Cook County, Ill., and the state of Connecticut—have announced policies in the past year prescribing conditions that must be met for detainers to be honored (such as being convicted of a serious or violent crime).

ICE itself is partially to blame for Sheriff Hamilton’s confusion. Agency spokespersons frequently say they expect local law enforcement agencies to honor detainers but fail to mention that they are under no legal obligation to do so. In addition, ICE issued a new detainer form (Form I-247) last year clarifying that detainers expire after 48 hours, but suggesting that law enforcement agencies were required to honor them in the first place.

Aside from problems with detainers, there is larger cause to be concerned about Secure Communities, or “S-Comm.”  Although the program was intended to target serious criminals, it has resulted in the deportation of many immigrants with minor or no criminal record.  Nationwide, 26% of those deported through the program in FY 2011 had no criminal convictions.  In Travis County, more than 60% of the 2,269 immigrants deported between June 2009 and September 2011 were “Level 3” (the lowest priority level) offenders or had only immigration violations.  By contrast, less than 40% had Level 1 or Level 2 criminal convictions. These figures are consistent with trends documented in a report released in 2010 finding that in 2008, nearly 60 percent of detainers in Travis County were placed on those charged with misdemeanors—up from 38 percent in 2007 and 34 percent in 2006.

The number of deportations from Travis County also exceeded that of nearby Bexar County, which includes San Antonio and has a larger overall population.  The numbers have raised concerns that local law enforcement officers are arresting suspected immigrants on minor charges specifically to determine through Secure Communities whether they are in the country illegally.  For this very reason, opponents of the program have argued that the program creates obstacles to community policing and can lead to racial/ethnic profiling and pretextual arrests.

Sisson and Sheriff Hamilton will face off in the Democratic primary on May 29. In an interesting twist, the winner will face former Sheriff Raymond Frank, a Republican, who has stated he would not honor immigration detainers because they separate families.