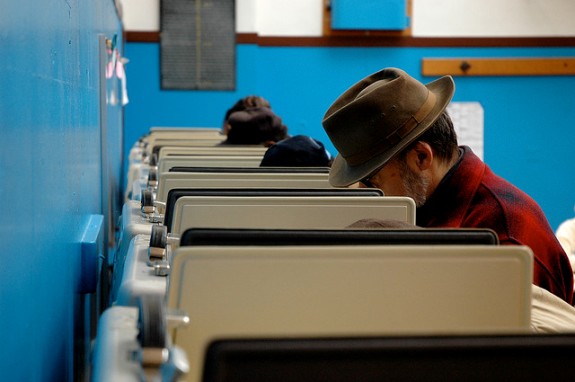 It is difficult to quantify the electoral power of immigrant voters. However, new data from DHS’ Office of Immigration Statistics provides us with one way to gauge the electoral potential of the immigrant population. The numbers tell us how many Legal Permanent Residents (LPRs) arrived in each county of the United States since 1985. Using this data, it is possible to compare the number of post-1985 LPRs in each county against the margin of victory in the 2008 McCain-Obama contest. This helps to pinpoint where immigrants could be a potent electoral force if they naturalized and voted en masse.

Of the 3,114 counties in the U.S., excluding Alaska (which does not report election data by county), the number of post-1985 LPRs exceeds the McCain-Obama margin of victory in 189, or about 6 percent of all counties. In these counties, if the entire LPR population were naturalized and registered to vote, their numbers would have been large enough to change the result of the election one way or the other.

The counties where LPRs are potentially a swing vote are found in both Democratic and Republican territory. Of these counties, 79 were won by McCain and 110 by Obama in 2008. These counties are located in all major regions of the U.S., but with notable concentrations (see map):

While legal immigrants are largely a nascent political force (many still need to naturalize and then register to vote), these numbers show that their potential impact reaches across the country. We are only dealing here with counties in which the potential votes of LPRs exceed the McCain-Obama margin of victory. But remember that immigrant voters are key even in places where they are merely a large portion, if not necessarily all of, the swing vote. Based on these numbers, both political parties would do well to see immigrants as key to their election strategies.

* Thanks to work by Manuel Pastor and the Center for the Study of Immigrant Integration, these numbers have been further refined to include adults only.