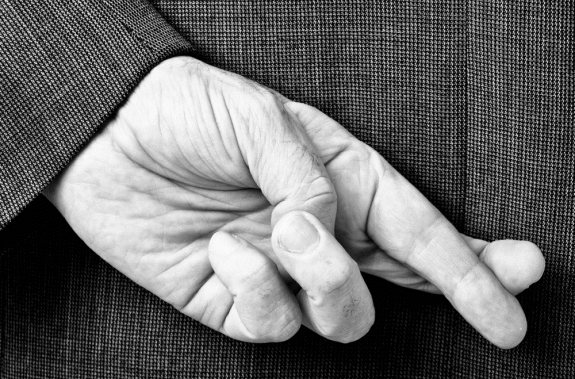 Of the many problems with our immigration system, one of the least known—but most frustrating—is that when the government deports immigrants whose appeals are still pending, it offers little to no help returning to the United States if they ultimately prevail in court. Immigrant advocates were thus perplexed when the Justice Department filed a Supreme Court brief in 2008 claiming to have a “policy” of helping such immigrants return to the country. Now, more than three years after the brief was filed, the current administration has conceded that no such policy existed at the time—and immigrant advocates have asked the Court to modify a portion of its ruling that relied on the government’s misstatement.

The case in question involved a Cameroonian immigrant named Jean Marc Nken, who entered the country on a visa, applied for asylum, and sought a green card based upon his marriage to a U.S. citizen. The Board of Immigration Appeals denied his requests, prompting Nken to seek review from a federal appeals court. After the appeals court also denied Nken’s motions, the Supreme Court agreed to take up the case—not to consider his request for legal status, but what standard should be used to determine whether courts can “stay,” or temporarily prevent, the removal of immigrants with pending appeals.

In its 2008 brief, the Justice Department told the Court that even if Nken ultimately prevailed in removal proceedings, the federal government had a “policy” of helping immigrants return to the United States who had already been deported. Although the Court ultimately rejected the government’s broader argument, its final opinion cited the policy as a factor courts could consider going forward in determining whether to stay the deportation of immigrants with pending appeals. The opinion also triggered a separate lawsuit by immigrants’ rights groups who knew from experience that noncitizens who won their appeals often faced great difficulty returning to the United States.

Soon after the Supreme Court issued its decision, the groups filed a request under the Freedom of Information Act (FOIA) seeking records about the purported policy from numerous government agencies, including the Office of the Solicitor General, which represents the government before the Supreme Court. The government resisted complying with the request for years, but in February, a federal judge ordered them to disclose relevant records—including emails between top department lawyers.

Following the release of the records, as well as a written inquiry from Sen. Patrick Leahy, the Solicitor General’s office submitted a letter to the Supreme Court acknowledging that the “policy” in question did not exist at the time the government filed its brief. The letter said the Court need not amend its opinion, however, because the Department of Homeland Security recently issued a formal policy outlining the circumstances in which the government would facilitate the return of deported immigrants who prevail in court.

Last Friday, a host of immigrants’ rights groups that participated in the original case submitted their own letter, asking the Justices to delete the part of the opinion that relied on the government’s brief. The letter noted that the new policy was deficient in many respects, that lower courts had relied on the Supreme Court’s opinion in permitting the deportation of immigrants with pending appeals, and that more could continue to do so unless the ruling was officially amended. (Disclosure: the American Immigration Lawyers Association, one of the groups on whose behalf the letter was submitted, provides direct and in-kind donations to the American Immigration Council.)

No time frame exists for the Court to consider the issue, although it could come up for discussion at the Justices’ internal conference on Thursday. While the Solicitor General’s office may not have deliberately misled the Court while it filed its brief in 2008, the Justices should heed the suggestion of immigrants’ rights groups and amend its opinion based on the new information that has now come to light.