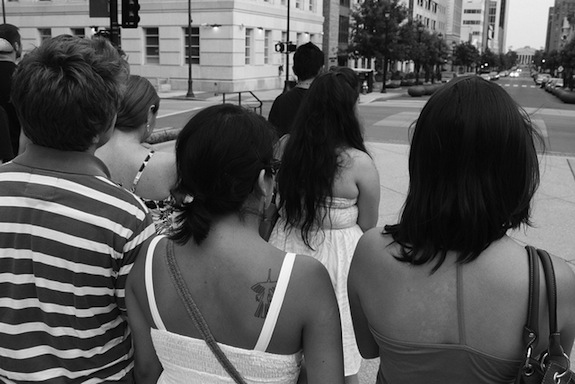 Though it has yet to be introduced in Congress, Senator Marco Rubio’s alternative to the DREAM Act received an appraisal from the Washington Post this week, which noted that it represents an effort to shake the hard-line anti-immigrant sentiment voiced by many leading conservative politicians. The editorial also noted, however, that the outlines of his proposal promote what’s tantamount to “permanent second-class status.”

Rubio has attempted to sidestep the controversial issue of legalization—a key component of the DREAM Act—by arguing that Congress can give undocumented youth “nonimmigrant” legal status and then let them find their own path to citizenship. Rubio states:

All this does is award a nonimmigrant visa to these kids who find themselves in this very difficult circumstance. At some point in the future, they would have no more or no less rights than anybody else in the world. They wouldn’t be getting any preferential treatment.

The trouble is, fending for yourself on the road to citizenship is difficult, if not impossible these days.

While we can’t precisely critique a bill that does not yet exist, the buzz words Rubio uses—including “nonimmigrant,” “being treated like everyone else,” and “no special treatment”—reflect a shallow understanding of our current immigration system.

To understand how these terms play out in real life, it’s important to understand a few things about our immigration laws. As we have noted many times in the past, there is no actual “line” that eager young people can simply join to become lawful permanent residents (which is the necessary precursor to becoming citizens).  Instead, without the protections and careful drafting that have gone into the DREAM Act, immigrant youth may find themselves in a dead-end status that ultimately limits their rights and opportunities.

From this perspective, DREAMers are the opposite of “nonimmigrants.”  For many, the United States is the only country they know. They don’t have another home to return to, and they hope to become citizens of the country they’ve lived in for most of their lives.  Thus, from the start, Senator Rubio’s proposal undermines the unique characteristics of DREAMers and ignores the whole reason the DREAM Act has become necessary—a generation of children are growing into young adults in this country with no mechanism for remaining permanently and fully participating in the country they love.

Moreover, treating DREAMers “like everyone else” would dump them into an immigration system that already has trouble keeping up with demand.  Because most lawful permanent resident visas, or “green cards” as they are commonly known, are tied to a family or employment relationship, DREAMers will have to find a way to qualify for the small number of available slots.  For example, only 140,000 employment visas are available annually, and it is the employer, not the employee, who decides whether to sponsor an employee for a green card. On the family side, there are no caps for marriage to a United States citizen of the opposite sex. But while some DREAMers would have the option of marrying an American, it seems unlikely that Congress would want to sanction marriage as the only guaranteed way for DREAMers to become citizens.

Furthermore, even if a DREAMer qualifies for a green card, those who entered the country unlawfully could face numerous barriers to becoming permanent residents. For example, under existing law, they would have to leave the country to obtain a permanent visa—and if they were unlawfully present for more than six months after their eighteenth birthday, they would face a three- to ten-year bar on returning.  This has been a nightmare for many families, and without the DREAM Act, immigrant youth will have to struggle through waivers, hardship claims, and extra costs associated with fixing these problems, and even then, with no guarantee of permanent status.

There are countless other problems that follow from a system that sidesteps permanent legal status. Questions about expiration of the visa, renewals, costs, work authorization, age limits, age at the time of entry—all the details that make crafting a program that meets the specific needs of a unique group—are not part of the public discussion of Rubio’s bill. These details matter a great deal when determining whether legislation is workable, can attract sponsors and votes, and has any chance of passing. By minimizing the unique issues of DREAMers and proposing to treat them like everybody else, Senator Rubio’s proposal diminishes the likelihood that it will be effective.

It’s understandable that some DREAM Act supporters are willing to look beyond these problems because Senator Rubio is holding out the promise of legal status and putting a lot of effort in discussing it publicly. Being free from the threat of deportation is no small victory, but the trade-offs must be carefully weighed.  If Rubio’s legislative solution triumphs, Congress would institutionalize a kind of legal limbo and second-class citizenship which is not in the best interests of our country.

It’s encouraging that Senator Rubio has taken on this issue, and we hope that it will bring more voices to the table. At the same time, any proposal that rests on the premise that all is right with the current immigration process is being built on very shaky ground.