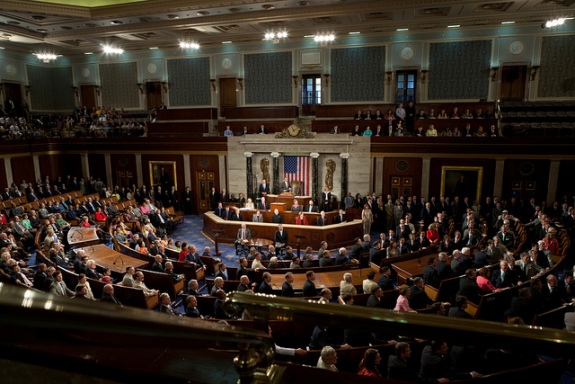 Last week, the House of Representatives passed an appropriations bill that demonstrates how out of step they are with the public on immigration. House Members passed a series of amendments designed to stop the Obama administration from pursuing humane immigration policies, voting to block funds for any prosecutorial discretion activities, including the new 3 and 10 year bar rule that would allow many applicants to remain in the United States while their applications were being processed. Other amendments would prohibit the administration from cutting 287(g) agreements, funding any alternatives to detention or the ICE Public Advocate’s Office, and even providing translation services for people with limited English proficiency.

The irony of this is twofold. First, the administration’s prosecutorial discretion initiative was blasted by immigration advocates this week, reflecting deep concern that deportations continue unabated despite promises to slow them down. Second, the consensus on genuine immigration reform continues to grow, as evidenced by the many non-traditional voices, including conservative political and religious leaders who are calling for a path to citizenship for the undocumented. Thus, even as the House remains in a frenzy over illegal immigration, the rest of the country is moving on.

So the House’s late night vote fest was essentially an exercise in feel good right-wing  politics, as hardline anti-immigration Members, such as Representatives Steve King and Lou Barletta (former mayor of Hazleton, Pennsylvania) got to say their piece against Obama, against immigrants, and ultimately against any kind of immigration reform.

Fortunately, many of these amendments are unlikely to make it through the Senate when it takes up consideration of appropriations bills later this year. Still, the amount of time wasted on posturing over illegal immigration is hardly a way to win friends and influence people, except in a few die hard districts.

But this posturing is also a lesson for the Obama administration, which has avoided providing bold administrative relief due to fears that the House might vote to strip its executive powers away. And now the House has, and for what—a 3 to 7% reduction in the number of cases pending in immigration court? As Crystal Williams, executive director of the American Immigration Lawyers Association said, “They need to follow through and do what they said they were going to do. They’re going to get the hate no matter what they do, so they might as well do it right.”

There’s still time to turn the ship around, starting with bolder, more concrete action to protect DREAMers from deportation and better implement existing prosecutorial discretion memos. Rather than cause it to rein in its use of executive authority, last week’s votes should galvanize the White House to do more.