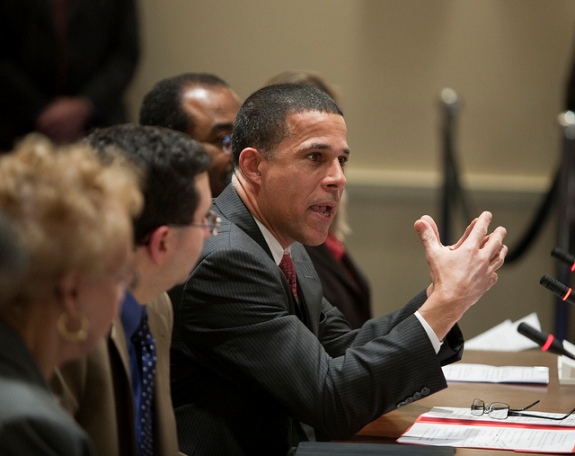 At the end of its 2011 legislative session, Maryland lawmakers passed a bill that would allow certain undocumented students to pay in-state tuition rates at Maryland community colleges, joining 12 other states with similar laws. Now, however, opponents of the law have gathered enough signatures to suspend the law and force a referendum come November. Maryland’s Lieutenant Governor Anthony Brown, an advocate for affordable higher education, responded with a plea to voters to consider the contributions of these students and the value of education for all Maryland residents. Meanwhile, lawmakers in other states like Ohio and New Jersey are considering legislation that makes higher education more affordable to all its residents.

In response to attempts to repeal Maryland’s tuition equity law—which grants in-state tuition rates to students who have attended Maryland high schools for at least three years and who can prove have paid taxes—state leaders, clergy, unions, and even the president of University of Maryland Baltimore County, have rallied to keep the law alive. Most recently, Maryland Lieutenant Governor Anthony Brown asked voters to consider the current and potential contributions of these students:

“Think of the young Marylander who graduates at the top of his or her class in high school, who volunteers at the local homeless shelter, who has never been in trouble and wants to become a doctor or a lawyer or an engineer,” Brown said. “This could be the person who cures cancer or helps bring about advances in civil rights or leads us to energy independence. But without the Maryland Dream Act … this will deny them the opportunity to reach their potential.”

Critics of the law say it’s too costly and will reward “law breaking,” even though qualifying students often had no say in coming to the U.S. But supporters aren’t giving up. They have formed a coalition called “Educating Maryland’s Kids”—a group comprised of advocates from the SEIU, the Maryland State Education Association, Maryland IAF, Maryland Catholic Conference, NAACP, and CASA de Maryland—dedicated to keep the Maryland DREAM Act on the books.SB

“We are united by a belief that Maryland kids who work hard, graduate from high school and are accepted into a Maryland college deserve the chance to fulfill their dream,” said Merle Cuttitta, president of SEIU Local 500.

Meanwhile, lawmakers in Ohio recently introduced legislation (SB 357) that makes certain undocumented students eligible for in-state tuition rates and scholarships, granted they have attended high school for three years, graduated, registered as an entering student not earlier than fall 2012, and provided an affidavit stating that he or she will file an application to become a U.S. citizen or LPR. “We want our students to have access to state universities at the lowest possible cost to them,” said Bruce Johnson, president of the Inter-University Council of Ohio.

Similarly, lawmakers in New Jersey have proposed legislation (Act 3162) that makes it easier for certain undocumented students to meet eligibility requirements in order to receive in-state tuition rates. “College is terribly expensive,” said state Assemblywoman and bill sponsor Marlene Caride. “We should be looking for ways to make it more affordable for our students, not costlier.”