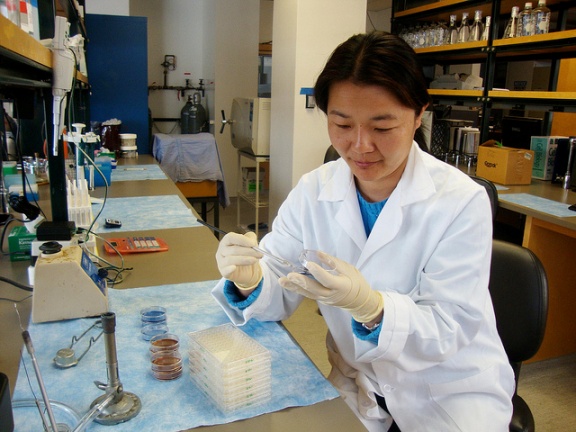 Who uses H-1Bs and for what types of jobs is a topic of constant debate in Congress and in communities across the country.  The Brookings Institute recently released a new report mapping H-1B workers in the U.S which addresses some of these questions and sheds new light on the topic.

The H-1B program allows employers to hire foreign workers in specialty occupations for a temporary period of time.  Currently, H-1Bs for for-profit employers are capped at 65,000 per year, with an additional 20,000 visas for workers with advanced degrees from U.S. universities.  Research, non-profit, and government organizations can also request H-1B workers, and those visas are uncapped.

Workers in the fields of science, technology, engineering, and math (STEM) are the most highly sought after foreign workers.  STEM occupations make up 64 percent of all H-1B requests, even though these jobs comprised only 5.4 percent of national employment in 2010.  Among research and nonprofit uncapped employers, life scientists, postsecondary teachers, and health care workers are the most requested workers.  Computer occupations, engineers, and financial specialists are the most requested workers from corporate, capped employers.

While many have looked at discrepancies between the demand for H-1Bs and the supply, Brookings examined the H-1B population by metropolitan area, and the results were eye-opening. Brookings found that 106 metropolitan areas in the U.S. account for 91 percent of all H-1B requests, yet these areas contain only 67 percent of U.S. jobs.  As might be  expected, the New York, Los Angeles, San Francisco, San Jose, and Washington DC metro areas make up the top five metro areas in terms of H-1B demand.  The New York metro area alone accounts for 16 percent of all H-1B applications.

But there are other metro areas — like Rochester, MN and Columbus, IN—that also have a surprisingly high demand for H-1Bs.  In Rochester, the Mayo Clinic is the major driver of demand for H-1Bs that are not subject to the annual cap.  In Columbus, a city with a population of 75,000, the manufacturing sector accounts for the demand.  Cummins Inc. is Columbus’s largest employer and accounts for an overwhelming share of H-1B requests from the metro area. In fact, the top 5 employers in the Columbus metro area account for nearly 90 percent of H-1B requests from that metro area while in the New York metro area, the top 5 employers account for less than 5 percent of all H-1B requests.

Finally, Brookings looked at the distribution of H-1B fees paid by employers. Surcharges levied by Congress to the basic H-1B application fees are designated to fund programs to address skill shortages in the U.S. workforce.  Brookings found that between 2001 and 2011, the U.S. government collected more than $1 billion in visa fees to put toward workforce development.  These funds are distributed through the Department of Labor’s Employment and Training Administration and the National Science Foundation.  Brookings found that this money is not necessarily going to the areas that have exhibited the highest demand for highly-skilled foreign-born workers.  Among the 106 high demand metro areas, Wichita, KS; Portland, ME; and El Paso, TX received the highest amount of money relative to their H-1B demand.  Other metro areas that request much higher numbers of H-1B workers received less money.  Brookings recommends that these grant programs use better local data to effectively target the funding in areas where it is most needed.

While providing a more comprehensive picture of the H-1B program, this new report also highlights continuing questions about the U.S. immigration system and temporary high-skilled visas.  It raises important questions about how we calculate demand for visas in the long-term and provides the makings of a constructive conversation if and when Congress is ready to discuss immigration reform.