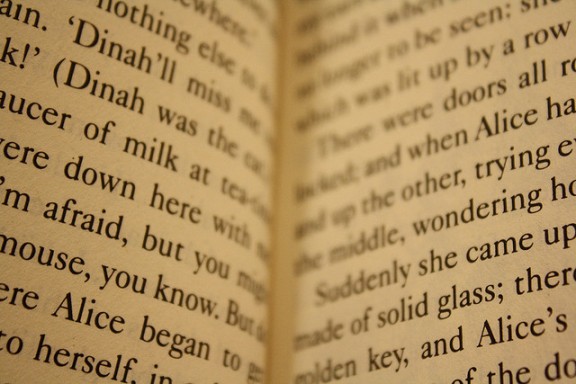 With its latest report on President Obama’s immigration-enforcement record, the Federation for American Immigration Reform (FAIR) has finally fallen down the rabbit hole and into immigration wonderland. Although FAIR has always played fast and loose with the facts, its new report rises to a new level of distortion. The report claims that President Obama has systematically dismantled the immigration-enforcement apparatus of the United States in his quest to dictate “pro-amnesty” policies to an unsuspecting American public. But FAIR relies mostly upon rhetorical bluster and the strategic omission of key facts to make this unbelievable case. Not surprisingly, the truth of the matter is the exact opposite of what FAIR would have you believe: immigration enforcement has expanded under the Obama Administration, not diminished.

Much of FAIR’s report is devoted to word games. Specifically, the report inaccurately substitutes the term “amnesty” for “immigration reform” in just about every other sentence. By this reckoning, no one in the Obama Administration ever has a conversation about immigration reform. Rather, they only advocate “amnesty” or talk about “amnesty” with “pro-amnesty” groups. Most ominous of all, according to FAIR, the Obama Administration has discussed immigration reform with foreigners (the President of Mexico) and Latinos (the Congressional Hispanic Caucus). Every such conversation is taken as evidence that President Obama is engaged in a diabolical plot to end any and all immigration enforcement.

Aside from verbal gymnastics, the FAIR report neglects to mention two of the most salient facts about immigration enforcement under the Obama Administration:

FAIR ignores pesky details such as these because its worldview is dictated by the belief that all immigration, legal as well as illegal, must be slowed to a trickle. Consequently, FAIR routinely opposes any policy that might allow some unauthorized immigrants to remain in the United States, even if such a policy would simply inject more justice into the immigration system. That’s why FAIR labels as “amnesty” any exercise of “prosecutorial discretion”—that is, the prerogative of the administration to devote scarce immigration-enforcement resources to finding serious criminals first, rather than people who overstayed their visas. That is why FAIR cries “amnesty” over President Obama’s “deferred action” initiative—which will grant a temporary reprieve from deportation to some of the roughly one-tenth of unauthorized immigrants in the United States who were brought here as children.