What the Show Me State Shows Us About Immigration 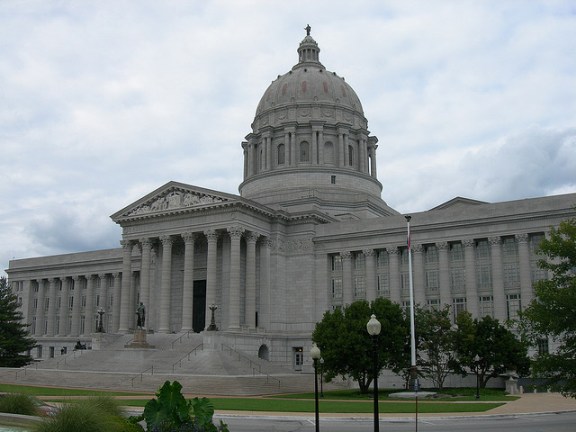 According to data released by the Immigration Policy Center, there are approximately 6,500 young people in Missouri who may benefit from President Obama’s plan to grant deferred action to DREAM eligible youth.   This isn’t a huge amount in the grand scheme of things, as Missouri ranks 31st in the country with respect to the number of youth eligible for this new program.   And because these numbers roughly parallel distribution of undocumented people around the country, if you are going solely by the numbers, Missouri shouldn’t be a big player in the debate over immigration, especially unauthorized immigration.  But the numbers don’t tell the full story when it comes to the importance of the issue to the people of a state, and the importance of a state to the way the immigration debate plays out nationally.  Looking at it from other perspectives, Missouri matters a lot.

Kansas City, Missouri has become associated with one of the more famous anti-immigrant advocates, former University of Missouri-Kansas City law professor, Kris Kobach, one of the chief architects of SB 1070 and similar “attrition through enforcement laws.”  Missouri hasn’t been immune to this philosophy, adopting some earlier versions of anti-immigrant restrictions.   But events of this summer have shown that many Missourians have chosen a different approach.

St. Louis civic and government leaders, for example, recently created a task force to encourage immigration to the area, based on a new report that argues that St. Louis needs immigrants if it wants to continue to grow and prosper.   In fact, one of the conclusions of the report, written by St. Louis University economist Jack Strauss, is that “the region’s scarcity of immigrants largely explains [its] poor economic growth.”  Seeking to turn that around, St. Louis is embarking on a major campaign to boost its immigrant population.

And PBS recently focused on Missouri’s take on immigration in an election year, airing a new documentary series, Homeland: Immigration in America, which focuses on how people throughout the state think about immigration.  In three one-hour segments, the series puts the national issues in focus at the state level, covering high tech jobs and the lack of green cards, the continuing demand for agricultural workers, community policing versus Secure Communities, undocumented immigration, tea party politics, Kris Kobach, refugee issues, and immigration reform.

The personal nature of immigration politics is a recurring theme in the series, which boils down to a very basic point: What to do about undocumented immigrants, for instance, often depends on whether you know someone who is undocumented.  One of the most compelling segments focuses on Frank Cortez , a 26-year-old concrete pourer who came to the U.S when he was four years old.  The series follows Frank through some of his deportation proceedings. At one point, Frank sits in the local café with his neighbors talking about what might happen to him if he is deported.  Two African-American women express their outrage, as one notes that Frank grew up in their small town in southeast Missouri, played baseball on the high school team and knows as much about Mexico as she does.

Frank’s neighbors didn’t see him as undocumented, but as a member of their community, a personal relationship that shapes their views on immigration.  Cortez ultimately qualified for legal status, but he otherwise would have been one of the 6,500 young people who might be eligible for deferred action in Missouri.  What the IPC data reveals, of course, is that Frank’s story is told over and over again, every day in Missouri and throughout the country.  What Missouri tells us, for its part, is that it’s not the size of the immigrant population that matters nearly as much as the way people think and talk about those issues. People in Missouri are having a far more nuanced conversation than some might think—and that bodes well for the future of immigration policy.