Nativist Group Publishes a Distorted Portrait of the Foreign-Born Population 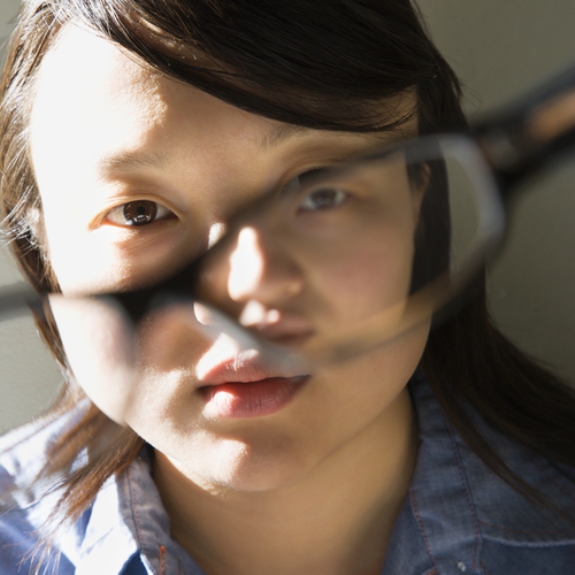 The latest report from the Center for Immigration Studies (CIS), Immigrants in the United States, suffers from a bad case of selective statistics. While purporting to be a neutral and scholarly demographic profile of the foreign-born population in the United States, the report is actually an anti-immigrant treatise adorned with charts and bar graphs. On the one hand, the report lumps the native-born children of immigrants in with the immigrant population when tabulating rates of poverty, public-benefits usage, and lack of health insurance among the foreign-born. On the other hand, the report overlooks or minimizes the enormous economic contributions which immigrants make as consumers, entrepreneurs, and innovators. Reading the CIS report, you’d never know that immigrants pay taxes, create new jobs by opening businesses, or make scientific discoveries that transform entire industries.

The CIS perspective on the native-born children of immigrants is particularly puzzling. CIS acknowledges that “in some reports the U.S.-born children of immigrants are counted with natives.” However, CIS feels that “it makes more sense to include these children with their immigrant parents because the poverty rate of minor children reflects their parents’ income.” The problem with this is that these children are not counted together with their immigrant parents when they become working, taxpaying adults. At that point, CIS suddenly counts them as natives. CIS only puts them in the “immigrant” category when they are costly children—as all children are.

Equally troubling is the CIS approach to immigrant entrepreneurship. On this topic, the CIS report does little more than dismissively state that immigrants and natives have “remarkably similar levels of entrepreneurship.” That statement is itself remarkable given that a report from the Kauffman Foundation found that “immigrants were more than twice as likely to start businesses each month than were the native-born in 2010.” More importantly, CIS gives no indication of what immigrant entrepreneurship means in terms of jobs—a very salient issue at a time of high unemployment.

Fortunately, the Fiscal Policy Institute fills in some of the blanks. According to an analysis of 2007 Census data (the last year for which data is available), immigrant-owned small businesses employed 4.7 million people and had $776 billion in receipts. Moreover, 18% of all small business owners in the United States were immigrants, which was higher than the immigrant share of the population (13%) or labor force (16%). Immigrants comprised the largest share of small business owners in California (33%), followed by New York (29%), New Jersey (28%), Florida (26%), and Hawaii (23%). And immigrants comprised 65% of all taxi service owners, 54% of dry cleaning and laundry service owners, 53% of gas station owners, and 49% of grocery store owners.

The contributions of immigrant entrepreneurs are not limited to small businesses. According to a report by the Partnership for a New American Economy, as of 2010 nearly one-fifth (18%) of all Fortune 500 companies had at least one founder who was an immigrant. Collectively, these companies generated $1.7 trillion in annual revenue and employed 3.6 million workers worldwide. These companies include AT&T, Verizon, Procter & Gamble, Pfizer, Kraft, Comcast, Intel, Merck, DuPont, Google, Cigna, Kohl’s, Colgate-Palmolive, PG&E, Sara Lee, Sun Microsystems, United States Steel, Qualcomm, eBay, Nordstrom, and Yahoo!

These are the kinds of dynamic details that don’t come through in CIS’s flat statistics on rates of entrepreneurship. Nor do CIS’s numbers reflect the enormous economic power of immigrant consumers, who sustain jobs and pay taxes with every purchase they make in a U.S. business. Although consumer-purchasing statistics are not available for immigrants, they are available for the two largest immigrant communities: Latinos (37% of whom are foreign-born) and Asians (67% of whom are foreign-born). Together, Latinos and Asians accounted for nearly 14% of the nation’s total purchasing power, according to the Selig Center for Economic Growth at the University of Georgia. The purchasing power of Latinos totaled $1 trillion in 2010 and is projected to reach $1.5 trillion by 2015. The purchasing power of Asians totaled $543.7 billion in 2010 and is projected to reach $775.1 billion by 2015.

The portrayal of immigrants in the CIS report is stale and shallow. CIS characterizes immigrants as economic parasites; stealing jobs from Americans and siphoning benefits from a public treasury to which they don’t contribute. But the truth is the exact opposite. As economist Giovanni Peri has noted, “Data show that, on net, immigrants expand the U.S. economy’s productive capacity, stimulate investment, and promote specialization that in the long run boosts productivity”—and “there is no evidence that these effects take place at the expense of jobs for workers born in the United States.”