Congress Pits One Form of Legal Immigration Against Another 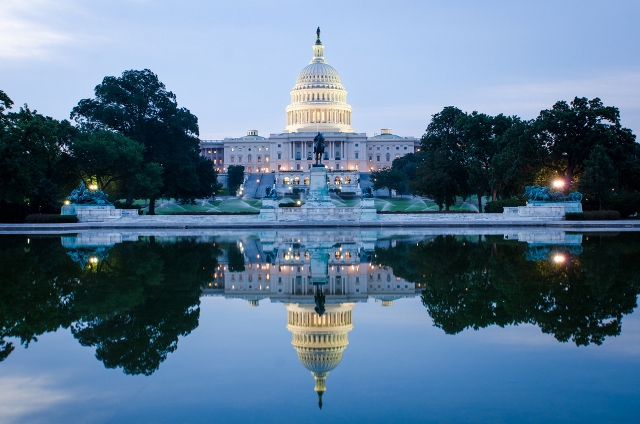 We recently noted that the only point of agreement in the Republican and Democratic platforms on immigration was on the need for an infusion of green cards for STEM (science, technology, engineering, and math) graduates with advanced degrees from American colleges and universities.  A recent poll conducted for the Partnership for a New American Economy and Compete America shows that 76 percent of Americans support the idea as well. If only Congress could draft legislation that simply sought to put that idea into practice.

Instead this week, we are being treated to another partisan vote on immigration.   After months of on and off negotiations, Democrats and Republicans couldn’t (or wouldn’t) reach agreement on a bipartisan proposal to create new STEM visas.  Now, Congressman Lamar Smith (R-TX), with the consent of House leadership, is pushing through his own solution, attempting to get a voice vote on the floor this week to adopt a bill that offers roughly 50,000 STEM green cards at the prices of eliminating the diversity visa.

Democrats, who can’t get their version of a STEM bill on the Republican-controlled suspension calendar—have cried foul, arguing that by including elimination of the diversity visa, the debate is no longer just about STEM.  They propose instead a two-year pilot program offering 50,000 new green cards. Senator Schumer has a similar pilot program in the Senate.

As neither House proposal has been discussed or voted on in committee, and since there is clear disagreement among the parties, the vote on Smith’s bill is likely to be about politics rather than substance; moving this debate quickly away from STEM and towards basic principles for managing legal immigration.

Why is a bill about foreign STEM graduates really about the bigger picture of our legal immigration flow?  Because Smith has chosen to condition the creation of 50,000 new visas for STEM graduates on the elimination of the diversity visa, a program that—not coincidentally—makes 50,000 visas available annually to people from countries like Africa with traditionally low levels of migration to the U.S.

For the moment, this isn’t about the diversity visa, but instead about what assumptions legislators make when trying to forge immigration policy.  Opponents of immigration have opted for a zero-sum game approach, in which we cannot, no matter how badly the country might need them, increase the number of legal visas.  For one sector to get what it needs, someone else must sacrifice.

The need to limit or even reduce immigration is also evident in the details of the most recent version of Smith’s bill.  While Smith’s STEM visas are permanent, there is a catch. For the first two years of the program, if USCIS is unable to process all STEM visa applicants in Fiscal Years 2013 or 2014, it can complete the processing of those applications in the following fiscal year—essentially rolling over unused numbers, but only for people already in line.  After that, there is no guarantee that 50,000 new visas will be issued annually in this category.  Ultimately, this could mean a net decline in total legal immigration each year—and no way to use those visas to further help the economy grow.

There’s no evidence that a decline in legal immigration is a good thing.  In fact, immigrants of all skill levels enrich their communities in many ways, not the least of which by helping to create new jobs, fueling consumer demand, and rebuilding communities.  Fighting desperately to keep the immigration levels at or below those set in 1990 is not progress—and flies in the very face of the notion of innovation and visionary spirit that makes the idea of STEM visas so sensible to Americans.